Since 1971 Macanudo has been pleasing smokers that love smooth and creamy mellow bodied premium cigars. This decades old brand has set a gold standard of excellence by which all other Dominican cigars are judged.

In 2014, the company released the Inspirado line to usher in a whole new audience of modern-day smokers, with the Macanudo Inspirado Red Cigars being the most powerful blend to ever wear the Macanudo name.

Made to celebrate Macanudo’s 50th Anniversary, Red is a premium cigar that was made for well-seasoned smokers looking for a powerful yet beautifully balanced full-bodied experience.

The cigars are meticulously handcrafted at the famed General Cigar factory in Nicaragua using an oily and dark Ecuadorian-seed Habano wrapper. Underneath this stunning leaf is a tasty Nicaraguan Jalapa binder and a combo of twelve-years aged Nicaraguan long filler tobacco from the rich volcanic soils of the Ometepe and Estelí growing regions.

Light an Inspirado Red and allow each fragrant puff to reveal well-rounded notes of dark peppery spice, cocoa, cinnamon, and cedar, all punctuated by a lush caramel sweetness on the finish.

Available right here at JR Cigar in both affordable boxes of 20, and packs of 10, Inspirado Red is a bold, delicious, high-octane smoke that’s definitely not your daddy’s Macanudo! 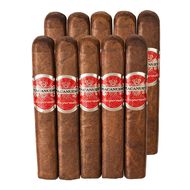 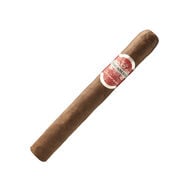 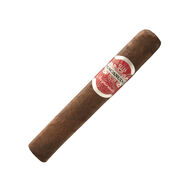 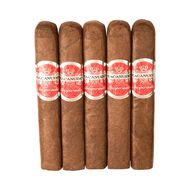 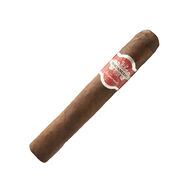