Average Customer Review:
Rating is 4.09 of 5 4.09 1,827 Reviews
Boneshaker Cigars feature a dark and oily Connecticut Broadleaf wrapper that covers well-aged binder and filler tobaccos from the fertile volcanic soils of Estelí, Nicaragua. This powerhouse of a smoke is not for the faint of heart. Upon lighting hints of coffee and dark chocolate trick your taste buds into thinking something mellow is heading their way. This lull quickly intensifies into heavy notes of earth, oak, espresso, and spice that stay true until the very last puff. Actually, don’t let us scare you; although full-bodied, these are very well balanced, flavorful and reasonably priced cigars. Just in case you are still a bit skeptical, only smoke these bad boys on days when you are not operating power tools or heavy machinery.

What’s stronger than an original Bolivar Fuerte or an Opus X Power Ranger? What can kick your ass so bad that they really oughta require a prescription or a letter from your personal physician before you’re allowed to buy a single stick? The answer is the new thermonuclear megabomb from Nicaragua: the Boneshaker.

In Estelí, with the help of the famous Oliva family (suppliers of cigar leaf to everyone who’s anyone since 1934), Omar Ortez has created the first cigar ever made that truly needs a warning on every stick—“Caution: this cigar is only to be smoked by multiple-tattooed guys with 18-inch biceps or penises greater than eight inches...in diameter!”

The Boneshaker is not one of these new “limited editions” that seem to come out every week in a never- ending stream of launches, where the hype is that only a thousand boxes of 10 have been produced. No, the only thing limited about the Boneshaker is the number of guys man enough to tackle one of these monsters.

Now, some of you long-time JR customers are really savvy about cigars, but for those of you who need a little tutorial on what makes a cigar strong or mellow, let me throw just a few facts out there for you to digest (and, by the way, I wouldn’t be eating a big meal before you smoke one of these Boneshaker cigars because you might be seeing that meal again...in your lap. It’s that strong.)

The strength of a cigar is not solely a factor of the tobaccos used to create it, it is also greatly dependent on the length and ring size of the cigar. If you were to take a draw on a short, slender cigar, you would be pulling oxygen-rich air though a very small opening a comparatively short distance. The end of the cigar will glow bright red, and the smoke entering your mouth will be extremely hot; the heat of the smoke creates the illusion of strength. Conversely, the very same draw through a large-ring-gauge cigar, where oxygen-rich air is being channeled through a much greater opening and through a greater length, will produce a much crisper smoke and the illusion of being substantially mellower. I am 100% sure that all of you have noticed that the second half of every cigar you have ever smoked in your lifetime has been bolder, sometimes so bold as to be offensive or unsmokable. That is because, regardless of the original length of the cigar, in the second half it is shorter and the heat that reaches your palate is getting progressively hotter along with a buildup of tars that were filtered from the combustion of the first half of the cigar.

So, it is no easy feat to create a blend that provides maximum strength from the initial lighting of the cigar in 54, 56, and 60 ring gauges, yet does not become impossibly bitter in the second half. It was only through the Oliva family that tobaccos that met this criterion could be sourced, as they are without question the end-all and be-all when it comes to supplying the proper materials for a revolutionary product like this.
Read more 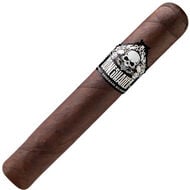 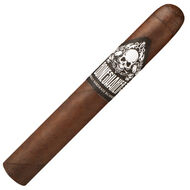 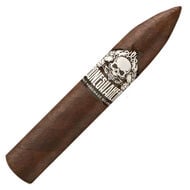 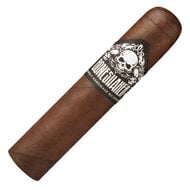 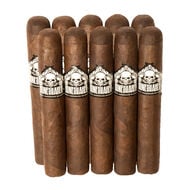 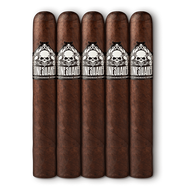