All Brands  ›  Cigars  ›  Handmade Cigars  ›  Trader Jack's Kickin' Cigars  ›  Midnight
TJM645
3.5 2
Midnight I really liked the flavor and aroma of these cigars. Unlike other flavored cigars, they are not put you in a diabetic coma sweet, nor do they leave a bitter or chemical after taste in you mouth the way most flavored cigars do. Unfortunately, they have the tightest draw of any machine made cigar I have ever smoked. A machine made cigar should put out tons of smoke with very little effort. These took quite a bit of effort to get decent smoke out of them and some I even had to use a draw poker on which is unheard of, having to use a draw poker on a machine made cigar to get decent smoke out of it. Don&#x27;t know if I just got a bad bag or what, but I&#x27;m gun shy about ordering another bag at this point. Like a I said, the flavor and aroma are good, it&#x27;s just to muck work to a get a decent amount of smoke out of these cigar, especially since they are machine made. 2 5 1 March 26, 2020 James S.
Midnight Simply put, you will not find a better, more flavorful cigar for the money. It is not the prettiest cigar, but if you smoke a daily cigar, you won&#x27;t find a better deal. 5 5 1 April 8, 2020 Art G. 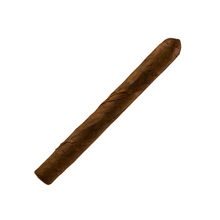 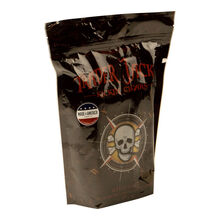 Trader Jack's Kickin' Cigars Midnight is a mellow, affordable, and highly fragrant 6.25 × 45 Lonsdale that features a dark, oily, Connecticut Broadleaf maduro wrapper over aged fillers from Honduras, Nicaragua and the Dominican Republic. Then, each cigar is appointed to airtight re- sealable pouches of 20, assuring you that they will always remain fresh and ready to smoke. Made in the USA by the famed J.C. Newman Company, Midnight is a bold departure from their standard non-aromatic blends. A tropical Island infusion process produces a vanilla, rum, chocolate, and espresso taste sensation that pairs perfectly with your favorite gourmet coffee!
Read more
6.25