Over the last 50 years, it has not been just JR Cigars that has grown and evolved. Many of the most popular brands and manufacturers on the market have adapted to an ever-changing and increasingly competitive industry over this time as well. Here we will take a look at how some of the most famous brands have changed over the years.

Now owned by Altadis USA, the Montecristo brand remains an iconic and popular choice for smokers all over the country and sets the bar for luxury cigars in the market. With top-rated blends like the Espada Oscuro and the White Series, Montecristo is a staple in the humidors of aficionados with any manner of palate preference.

After over 85 years of producing premium handmade cigars for smokers all over the world, including for the iconic Winston Churchill, the Romeo y Julieta brand also found itself split after the Cuban Revolution.

Relocating just outside of La Romana to be manufactured at Tabacalera de Garcia, Romeo y Julieta soon fell under the Altadis USA umbrella along with Montecristo and H. Upmann.  Since then, this top-quality brand has become one of the most commonly found cigars in the country, with the RYJ Bully found in just about any cigar store.

Founded over 100 years ago in Florida, Arturo Fuente has become one of the best and top-rated cigar manufacturers in the world.  Having been growing top-quality tobacco in the Dominican Republic for years, Arturo Fuente is the undisputed king of Dominican tobacco.

Arturo Fuente revolutionized the cigar industry during the height of the 1990s cigar boom with the Fuente Fuente Opus X, one of the first offerings to boast a wrapper leaf from the Dominican Republic, and the results were so good that Opus X is still widely regarded as the quintessential cigar, even after more than two decades of being on the market.

The famous Partagas brand has been passed between family generations and trusted protégés and under the helm of the General Cigar Company, Partagas has maintained its aura of luxury throughout its history.  Brought into the modern era by Benji Menendez from the 1980s to the 2000s, Partagas continues to bring tradition to the modern age.

One of their best-selling blends that have helped change the cigar industry is the Partagas Black Label.  Released in 2002, these cigars are full-bodied gems made with the highest leaves of the plant, called Ligero.  This continually popular release helped to spark a wave of increasingly stronger and bolder blends that washed over the 2000s. 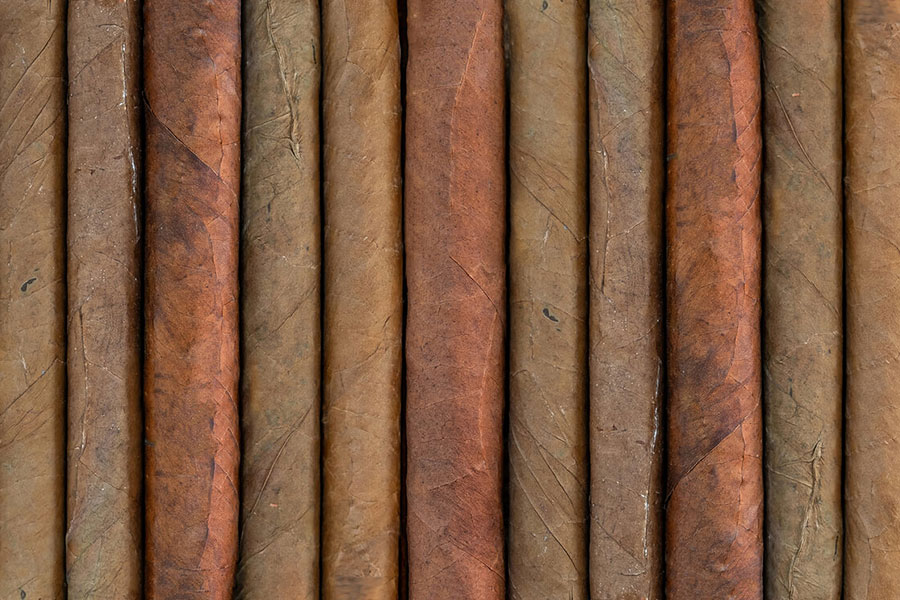 Even if you are just getting into the world of cigars, chances are you have heard of Macanudo.  However, this brand is relatively new to the market, at just over 50 years.  Typically on the more affordable side, Macanudo has been providing top-notch flavors at a price any aficionado can afford.

Produced in Jamaica until 2000 when they moved to the Dominican Republic, Macanudo has developed an impressive portfolio of exceptionally good blends.  Macanudo Hyde Park is arguably the most top-selling cigar on the market, and their Inspirado Series, comprising of several blends of aged tobaccos, provide diverse flavors for smokers who enjoy exploring unique blends.

Relocated to Honduras after the embargo of Cuba went into place and under the purview of the General Cigar Company, Hoyo de Monterrey boasts a portfolio of several different top-shelf lines that are highly regarded in the industry.

A once-famous brand that has seen a recent revival at the hands of Altadis USA, Henry Clay was founded way back in 1840s Cuba and named after a prominent US Statesman.  Since their revival, they have come out strong with several blends that bring together classic flavor with a modern flair.

The resurgence of Henry Clay is juxtaposed with the mainstream premium cigar industry, providing rustic, old-school flavors for smokers yearning for a taste of yesteryear.  Releases like the Stalk Cut and War Hawk have garnered a great deal of attention for their innovative yet traditional construction and profiles.

Which Cigar Brands Made the Biggest Impact Over the Last 50 Years?

It is hard to single out a specific brand as one that has made the biggest impact in the cigar industry, as there are countless arguments that could be made in support of any major brand.

However, I would have to put my stock in Montecristo as the most influential in the industry.  The landmark case that allowed Menendez to use his former Cuban Montecristo trademark in the United States paved the way for other Cuban growers and blenders in exile to maintain their famous brands.

Which Brand Brought Out the Biggest Surprise?

The biggest surprise in the last 50 years was the rise in prominence of Dominican tobacco, specifically with top-quality Dominican wrapper tobacco, pioneered by Arturo Fuente.  The Fuente family forever changed the handmade premium cigar industry and the industry’s view of the Dominican Republic with their Opus X and other offerings. 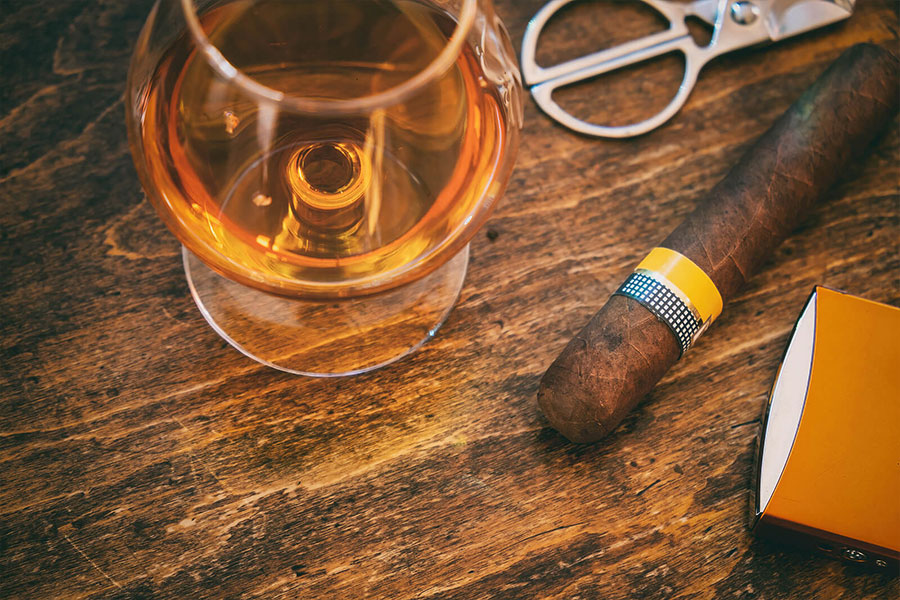 Who Made the Biggest Comeback?

Henry Clay most definitely made the biggest comeback, returning to the market with the classic taste of the American cigars of old.  Older and more seasoned cigar smokers smoke these gems with fond memories of a time long past.

Brands we Welcomed in the Last 50 Years

The baby of the brands mentioned in this article, Macanudo has grown to be an immensely popular brand since Temple Hall was bought by General Cigar Company in 1971.  Since then, they have been pleasing smokers with several premium blends that are sold in almost all corners of the world.

Brands we Lost in the Last 50 years

It is hard to pinpoint specific popular brands that have disappeared in recent years, partly because popular brands tend to last.  Yet, the last 50 years have seen a stark decline in the American manufacture of handmade premium cigars.  Nowadays, most handmade cigars in the United States are rolled in the Caribbean and Central & South America, with many of the remaining United States factories producing cheaper machine-made sticks.

Which cigar brands should you watch out for in the future?

All of the cigar brands listed above are certain to continue to produce some of the best and top-rated cigars on the market for years to come, but perhaps the most exciting corner of the industry has been the rise of boutique cigar companies.

Which cigar brands should you watch out for in the future?

All of the cigar brands listed above are certain to continue to produce some of the best and top-rated cigars on the market for years to come, but perhaps the most exciting corner of the industry has been the rise of boutique cigar companies.

Top-of-the-line brands like Caldwell, CLE, and Plasencia have just started producing cigars of their own in the last ten years and have already garnered incredible attention, and in the next 50 years, we should continue to see more new and exciting brands enter the handmade premium cigar market. 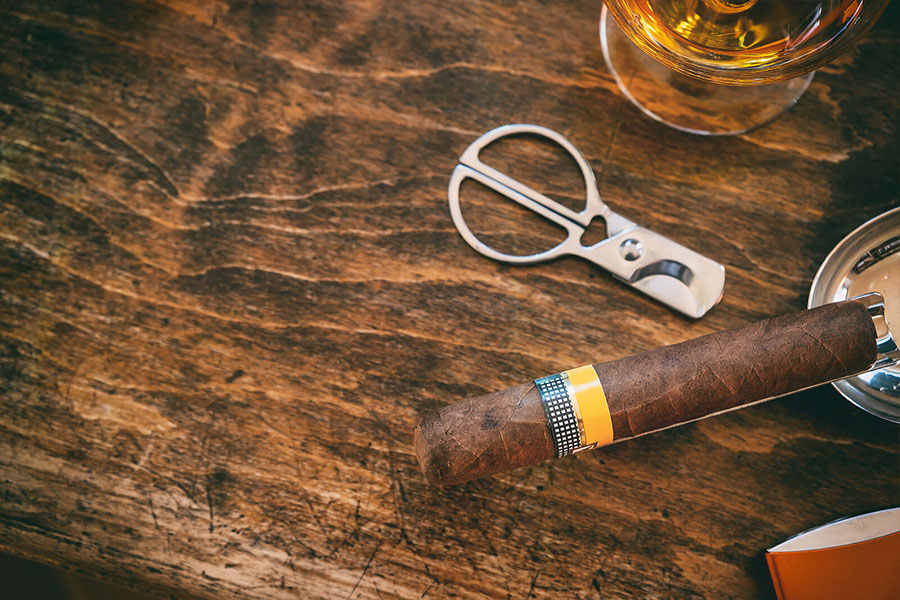