It’s no secret that cigars are an expensive hobby. Yes, we do offer plenty of samplers and other deals that won’t do too much damage to your wallet here at JR. Every element of the cigar lifestyle, from seed to smoke, is an expensive endeavor. If you’d like to go more in-depth as to why some tobaccos are more expensive than others, then click here.

Having expensive taste can be harmful sometimes, especially if you love the taste of a Davidoff or Arturo Fuente. So today, we are including some of the industry’s most expensive cigars for sale in a very affordable, rare top 5 sampler. From Padron to Plasencia, this top 5 sampler is worth getting sooner than later so you can enjoy the excellence of pricey cigar brands before the summer ends.

Without further ado, here are the Top 5 most expensive cigars in 2021. Don’t forget to get the limited time sampler in the link below today.

First on our Top 5 Most Expensive Cigars list our highest priced cigar on the list. Coming in at $34.00 per cigar, the Davidoff Special Series in the 7.5 x 50 Double R size is a powerhouse of a cigar that stands out above the rest.

Available in five different sizes, the Davidoff Special Series comes in a pack of four that’s priced anywhere between $95.00 and $130.00. It’s also available in a box of 20, with a price range between $400 to $900 a box. Available on our website today, the Davidoff Special Series is premium handmade smoke that would be perfect for any and every celebration that comes as well.

Next up on our Top 5 Most Expensive Cigars of 2021 is a cigar that was made for celebration and milestones. The Padron Special Releases in the 40th Anniversary were made in 2004 to celebrate the companies forty years in the business. Other cigars within the line are to pay homage to Jose Padron’s birthday and other landmarks of the company’s existence.

This full-bodied Nicaraguan puro makes use of tobaccos that have been aged up to five years to give this premium cigar that complex, unique taste we all know and love. Some flavor notes you’ll detect while smoking the Padron Special Releases 40th Anniversary are caramel, cedar, cocoa, and a touch of licorice on the backend.

Other than the 6.50 x 54 “40th Anniversary” size, Padron Special Releases are available in two other sizes that come in a box of 20. Averaging almost $28.00 per cigar, you’ll slightly be breaking the bank if you purchase the Padron Special Releases. However you really cannot put a price on greatness, and that’s what you get when you smoke almost anything from the Padron Family series.

Landing in the middle spot of our Top 5 Most Expensive Cigars 0f 2021 is the delicious Ashton Estate Sungrown. This series is another cigar that was born out of celebrating milestones, much like the Padron Special Series. The 24 Year Salute from Ashton is the latest celebration cigar that honors one of the best luxury and expensive cigar brands to ever grace the industry we love and adore.

This rare Dominican puro uses a gorgeous Dominican Habano leaf for the wrapper that was aged at the Chateau Fuente farm. While smoking this medium to full-bodied limited-edition beauties, you’ll detect delicious flavor notes of black pepper, leather, cedar, cashew, and grass.

Although we have the 24 Year Salute on our lost and in our sampler, there are four other sizes under the Ashton ESG that all celebrate the milestones of this companies greatness. Available in a pack of five for $100.00, and a box of 25 for $520.00, the Ashton Estate Sungrown is about $20.00 per stick when all is said and done. So if you are looking to gift someone an invaluable cigar, one of the luxury most expensive cigars, then the Ashton Estate Sungrown is the one to choose!

You may think to yourself that $20.00 cigars are a bit steep, and you have every right to think that. Yet when you invest in a cigar such as the Plasencia Alma Fuerte, all the money is well spent when it comes to this juggernaut of a cigar!

With a binder and filler hailing from the Dominican Republic, the Arturo Fuente Anejo Reserva No. 48 is a full-bodied smoke that boasts delicious flavors throughout. Some flavor notes you’ll detect while smoking the Anejo Reserva No. 48 from Fuente are oak, hickory, black pepper, and a touch of dark chocolate on the backend.

With a box of 25 priced between $280 and $315 before tax, the Arturo Fuente Anejo Reserva No. 48 lands somewhere in between $11.00 to $13.00 per cigar. So if you’re able to get your hands on these rare, limited smokes from Arturo Fuente I’d hop on that opportunity as soon as possible!

That being said, while a majority of the cigars I enjoy fall in the $10-$20 range, there have been a few much higher than that that I have really enjoyed, and feel are absolutely worth the higher price point.  For an extra special treat for our readers, we have taken a few of these high-end cigars and put them into this incredible, limited sampler, at a price that will make you fill with tears of joy. 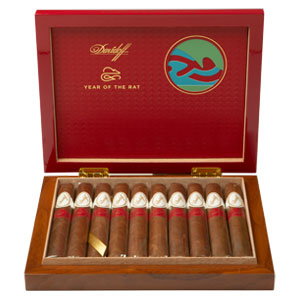 The Opus X is the most sought-after cigar in the world, and that includes Cubans. It was one of the first super-premium blends to come out of the Dominican Republic, and to this day, 20 years later, it can still be hard to find.  The Opus X Lost City, a limited run named after the movie that was filmed on the Fuente farm, is even more limited and thusly garners a high price point. One of the most expensive Cuban cigars.

However, I will say this cigar is worth every penny. Each puff brings smooth and rich notes of raisins, chocolate, leather, and pepper.  It also has the slightest touch of sweet walnuts that I love. At around $30 per cigar, this is my go-to celebration cigar.

General Cigar Company is one of the largest manufacturers of premium cigars in the world and is responsible for making one of the industry’s most well-known luxury and expensive cigars brands, Cohiba. While Cohiba has a full range of cigars at different price points, today we are looking at the very high-end Cohiba Macassar. This cigar is an ultra-premium masterpiece that pays tribute to the rare Indonesian ebony that bears the same name.

The Macassar is crafted with a Connecticut Havano wrapper that cloaks a Connecticut broadleaf binder and a combination of Dominican and Nicaraguan fillers that have been aged four years. To complete this gourmet cigar recipe, the tobaccos spend their final year in fragrant rum barrels to enrich the blends medium-bodied notes of wood, white pepper, cedar, and coffee.

With a list like this, you know there are going to be a few companies that have a few entries, especially a high-end, luxury brand like Davidoff.  Next on our list form, the Swiss-based company is the outstanding Davidoff 702.  What’s unique about the 702, is that the line is actually recreations of several different Davidoff lines, with one new twist.

The addition of a dark and oily 702 Ecuadorian wrapper is what makes these cigars stand out. Using the filler and binder blends of such famed cigars as the Anniversary, the Mille and Double R, Davidoff was able to maintain many of the qualities that made those cigars amazing, but with a rich and flavorful new wrapper.  While they are on the pricier side, I can say these luxury top cigars are absolutely worth it.

This is a cigar that I felt never got enough attention.  While the VSG was always preferred because it was slightly cheaper, I think the Ashton ESG is one of the best, most refined and balanced high-end cigars I’ve ever had.  While the price might be a tad more than the other Ashtons, it is a quality cigar that’s worth every penny.

Crafted by Fuente to celebrate the 20th Anniversary of the Ashton company, the Estate Sun-Grown has drawn parallels to the Opus X.  It uses aged Dominican filler and binder tobaccos along with an aged Sun-grown wrapper that balances out the blend.  Its smooth, flavorful and with near-perfect construction.

Another double entry, Padron is known for having the highest-rated cigars that fetch some of the highest prices on the market.  That doesn’t stop them from being among the best-selling premium cigars in the country, and for good reason.  While there are many Padrons that I could have added to this list, I felt I had to go with my favorite one, the legendary Padron 90th.

The first limited edition to be rolled in a standard Parejo size, Padron 90th is unique among the companies portfolio.  Its blend of aged tobaccos makes for a vivacious and complex profile, while the age of its tobaccos creates a smooth aroma and terrific burn.