All Brands  ›  Cigars  ›  Handmade Cigars  ›  Nicaraguan Overruns  ›  Habano Short Robusto
NOVHSR
4.0 1
Habano Short Robusto I believe these are the type of Overruns that were in my JR Cares Sampler, and I really didn&#x27;t think they were going to taste that good. Generally I dislike cigars without a band, unless it&#x27;s fruit flavored; however, these I do in fact rank as being superior to non-flavored Dutch Masters. The leaf was shown to be a bit fragile during the clipping process, but that wasn&#x27;t a big deal. 4 4 1 July 17, 2020 Bobby H. 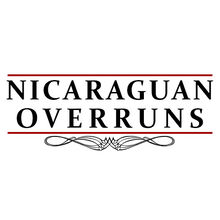 Nicaraguan Overruns Habano Short Robusto cigars are part of a line of value priced smokes made in one of the most prestigious factories in Nicaragua. In addition, its produced by a major manufacturer who has decided to remain anonymous. What we can tell you is that the cigars feature a stunning Habano wrapper over a core of fully aged Nicaraguan binder and long filler tobaccos. All is not perfect though, because these slow burning sticks never made it to a fancy box due to slight variations in size. However, you still get a delicious Nicaraguan puro from a big name in premium cigars for pennies on the dollar. Order a bundle of 20 today, and get ready to savor one of the best cigar deals out there!
Read more
4