Danny Moya and Nelson Ruiz the owners of MoyaRuiz Cigars create their premium blends at Erik Espinosa’s famed La Zona Factory in Esteli Nicaragua. Both Danny and Nelson teamed up with their mutual friend “Erik” Espinosa, who had his own factory La Zona in Estelí, Nicaragua. All of the cigars made in the La Zona factory are handcrafted in the traditional Cuban way called “entubado” a process where the long filler tobacco leaves are rolled one by one into tubes rather than bunched. This allows for maximum airflow and a perfect draw.

This dynamic duo’s La Jugada line became smashing success with the critics and the public alike. Whether you chose the striking La Jugada Nunchuck, the bold La Jugada Habano or the dark sweet and delicious La Jugada Prieto, you will be rewarded with a wonderful smoking experience.

They have established themselves as a cigar brand that simply does not compromise on quality or flavor, and with the new Rake and the Chinese Finger Trap brands released to critical acclaim, this hot new company is poised for greatness.

All brands in MoyaRuiz Cigars

The Rake by MoyaRuiz (4 Reviews) 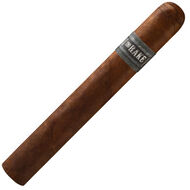 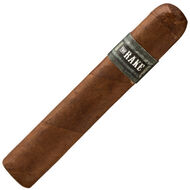