The Acme Cigar Company is the rebirth of an old popular U-S brand that began in the late 19th century. The idea behind this nostalgic feat was to reinvent an old tradition for modern tastes. The new crew have set up shop at Nicaragua’s second oldest factory and one of the nation’s largest operations, Nicaraguan American Cigars SA, or NACSA, founded by legendary cigar maker Frank Llaneza of Hoyo de Monterrey, and Punch fame. To get the cigars rolling (pardon the pun) they have launched three intriguing lines.

Acme Premier Ecuador comes with an Ecuadorian Habana wrapper, and a double binder featuring Mexican San Andrés broadleaf and rare Estelí Criollo tobaccos. Aged long fillers from the Dominican Republic and Nicaragua complete the recipe. The finished product is medium to full body in strength, and a special treat for those who crave bold Cuban style flavors.

The romance of America’s most famous highway continues with the Acme Route 66 line. Fillers from the Dominican Republic, Mexico, and Nicaragua, and a Criollo binder are rolled inside a stunning Ecuador Habano wrapper for a delightfully rich and smooth medium-bodied flavor.

One of the biggest product introductions in recent years, the new Acme Cigar Company has the ideal premium smoke for just about everyone.

All brands in Acme Cigar Company 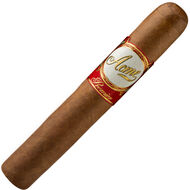