One of the more unique aspects of cigars is the variety of different sizes and shapes they are available in.

Of course, there is your standard looking cigar that everyone knows, but within the community, there is a vast array of unique shapes, and each brings their benefits.

There are standard names for all of these cigars, but also, with modern marketing, several companies have taken to giving sizes their own unique name and twist.

Before talking about the various sizes and size names, you first need to start with the basic cigar shape.  This can be broken down into two distinct groups.

The first is the most common, known as Parejo.  The second, which is becoming ever more popular, is known as box-pressed.

Today we are going to learn the difference between these two styles.

What is a Box-Pressed Cigar?

In case you were wondering, it is exactly as it sounds.  A box-pressed cigar starts out as a Parejo.

However, while the cigar is still moist and fresh, it is placed into a square mold.  This results in a boxier shape as opposed to the rounded character of the Parejo. 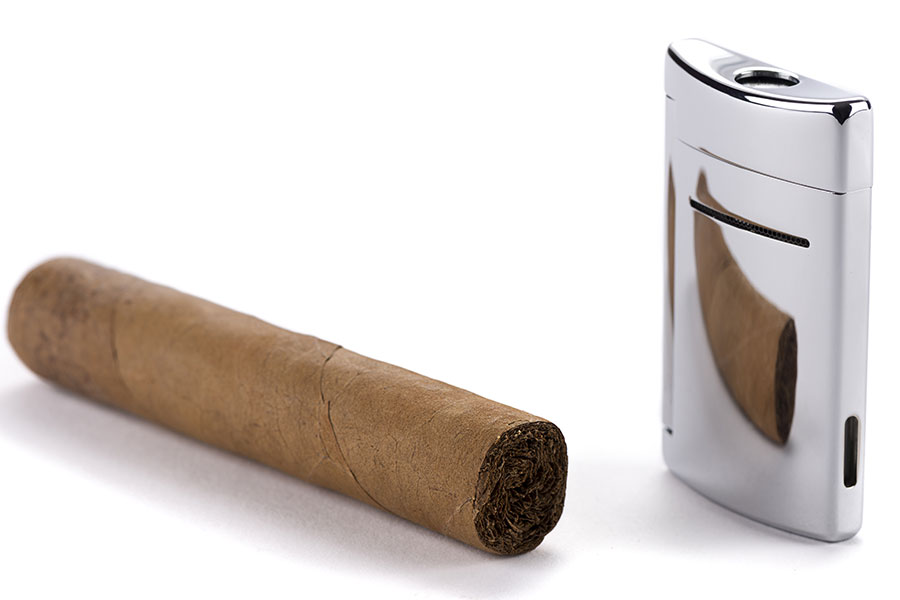 Is a Box-Pressed Cigar Different From a Parejo Cigar?

In layman’s terms, a Parejo is your basic cigar shape.  It is a long tube that is typically rounded off at both ends; it does not have the “box pressed” shape.

While some cigar sizes, such as the torpedo or perfecto, might slightly stray from this, the essential factor that classifies a cigar as a Parejo is the cylindrical sides and foot.

Any cigars that are rounded at the sides and end is a Parejo. It is the typical size and is obviously the most recognizable.  When you picture a basic cigar in your mind, I’m willing to bet it was a Parejo.

The History of Box-Pressed Cigars

Box-Pressed cigars were actually started by accident.  When Cuba would box-fresh cigars to send overseas, many times they were tightly packed and were still fresh from the factory.

By the time they reached Europe, they had developed a more box-like look.  Today this is done on purpose, with companies like Tatuaje and AJ Fernandez making a large portion of their portfolio in the box-pressed style. 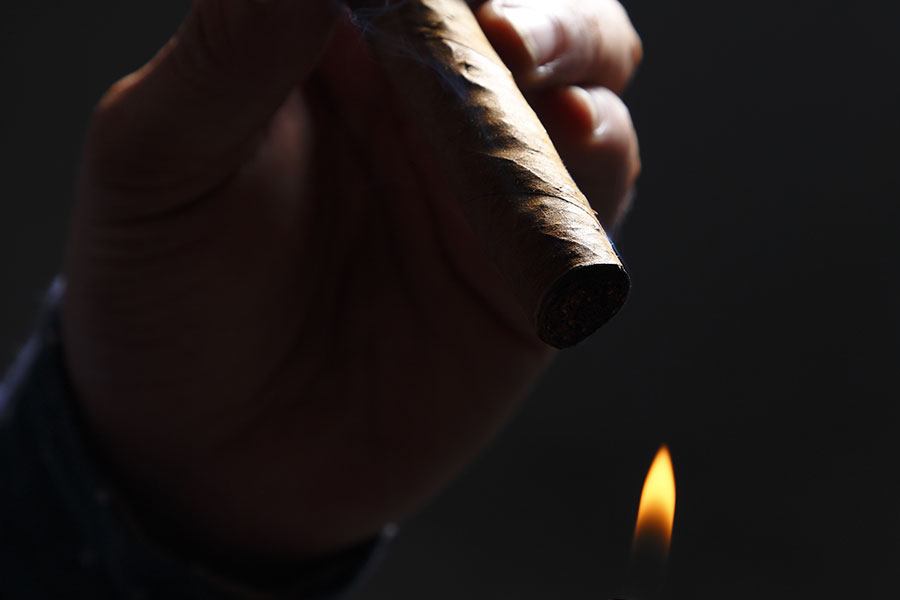 Now, let us take a look at some classic examples of top-notch box-pressed cigars.

From the moment we decided to make a top box-pressed list, I knew something from Pete Johnson was going to be on it.

Working with the Garcia family, the Tatuaje frontman has always been a fan of the box-pressed shape and has utilized it in several of his blends.

I decided upon one of his lesser-known but personal favorite blends, the Surrogates Satin Glove from the L’Atelier brand.

This dark and rich smoke uses aged Nicaraguan tobaccos for the filler and binder, followed by a luscious Mexican San Andres wrapper.  This leaf offers up tremendous notes of earth, coffee, and a dash of spice.

Each new Robert Caldwell cigar is going to get a lot of press.  When Caldwell and Matt Booth started working together, you knew they were going to get even more press.

When the two of them then teamed with A.J. Fernandez for a triple collaboration, you knew it was going to be one of the biggest releases of the year.

The Caldwell The T. is a bold, medium to full-bodied smoke.  It was hand-rolled in the A.J. Fernandez factory using a blend of rare, aged Nicaraguan tobaccos.  Its dark wrapper offers up notes of dark chocolate fruits, and a nutty finish.

The T. is a great combination of the talents of the three men.  It showcases the blending talents of AJ while also showing the themes and modern motifs of Robert and Matt.

It took some time, but the world-renowned blender Ernesto Perez Carrillo finally achieved the number one cigar of the year.

Indeed, the man who created the La Gloria Cubana line and the fan favorite La Historia cemented his place in cigar greatness.

The Encore is quite different from your typical Carrillo cigar.  First, it uses only Nicaraguan tobaccos, which is a departure from Ernesto’s Dominican roots.

He also used a different fermentation process where the tobaccos were wrapped in tree bark and bound into tight bales.

This created a unique system in humidifying the cigars, allowing for maximum flavor and a rich aroma.

The E.P. Carrillo Encore Majestic was named the Cigar of the Year by Cigar Aficionado magazine last year, and since then it has been hard to keep them on the shelves.

The Ashton VSG recently celebrated its 20th Anniversary.  For two decades, this cigar has been considered among the finest full-bodied smokes ever created.

It has won numerous awards and is one of the most recognized cigars in the Top 25 of the year list.

The wrapper used on the VSG is still thought of as one of the best ever produced.  It is an Ecuadorian Sun grown leaf that is oily, contains hardly any blemishes, and it’s packed with a rich and spicy flavor.

Any seasoned cigar smoker will tell you; the Ashton VSG still reigns supreme and is a must-have for any full-bodied smoker.

In my opinion, the only box-pressed cigar that could compete with the VSG is the Padron 1926.  It has been named to numerous “best of” lists and holds two Cigar Aficionado ratings of over 95, which is almost unheard of.

The Padron 1926 is a Nicaraguan puro that is available in both a natural sun-grown wrapper or a dark and rich Maduro.

The Maduro version has always been a fan favorite and is known for its incredible construction and signature sweet raisin taste.

The Padron 1926 is not just on the shortlist for best full-bodied cigar or even best Nicaraguan cigar.  It is considered by many to be one of the best cigars ever created and they certainly have my vote for that.