Home › JR University - Everything Cigars: Guides, Tips Cigar Tips & How To Dos - Learn About Cigars › How to Light & Put Out a Cigar Properly

How to Light & Put Out a Cigar Properly

How to Light Your Cigar

The foot, or tip, of the cigar, should be lit using a long wooden cigar match or a butane lighter. Avoid candles, paper matches, a stove, and lighters that use lighter fluid (naphtha) because the chemicals and odors can affect the taste of the tobacco. When using a match, wait until the sulfur burns off before lighting the cigar. The ideal device is a wooden match and the best lighter is a butane lighter.

Start lighting a cigar by holding it at a 45-degree angle over the flame, about three to four inches from the tip of the cigar (depending on the height of the flame you’re using) and rotate the cigar until the foot begins to ignite.

Never let the flame touch the cigar, slowly puff on the cigar while rotating it around the flame.

Take a look at the foot and make sure the cigar is burning evenly. You can gently blow on the foot to ensure a complete lighting. Once the cigar is lit, let it sit for a minute as the short delay will allow the freshly-lit cigar to stabilize.

First, you must “toast” the cigar’s foot. Sounds odd, but the purpose of toasting is to ignite the outer layers of the tobacco (that’s the binder and the wrapper) that hold the cigar together.

If you just held up a match and began to draw, only the inner tobacco – known as the filler – would ignite. If that happened, the cigar would burn unevenly and develop a poorly shaped ash (we’ll explain why that’s a problem in a moment).

How to Toast the Foot

So, you need to give the outer portion of your cigar a head start. Hold a match to the outside edge of the foot and rotate the cigar to evenly toast the edge.

You’ll observe that the outside wrapper and binder will have a white, ashen aspect after they’ve been properly toasted.

How to Light the Filler

Next, it’s time to ignite the filler. Use a long wooden match to create a larger flame area so that you can light the entire foot evenly. Place the cigar between your lips. Then, hold the match about a half an inch from the cigar (the flame is drawn in) and rotate the cigar as you draw in air.

When you release the pressure of inhalation (you don’t actually inhale, but you know what we mean), a surge of flame should shoot up from the foot of the cigar and a puff of smoke should come from your mouth. 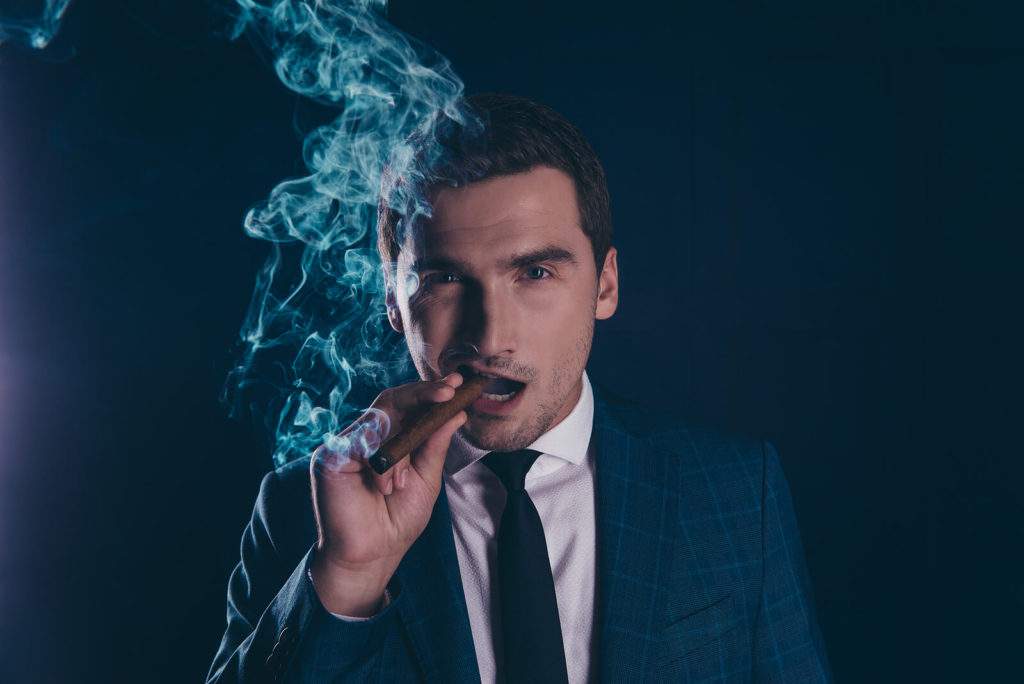 How to Look After a Burning Cigar

Never use a lighter with a noxious gas (i.e., a Zippo) to light your cigar, although a butane lighter is acceptable. Noxious gases will impart a chemical taste to your cigar and mar the pleasure of your cigar-smoking experience.

The best case scenario, however, is always to use a wooden match.

Most premium handmade cigars (those costing from $3 to $30 each) will hold a very long ash before falling off. The ash on cheaper cigars tends to flake easily and fall off more frequently.

Properly grown and maintained cigar tobacco will have a whiter ash than the sometimes very gray ash produced on lower-quality cigars.

While some smokers like to see how long the ash on a cigar can grow before falling off by itself – keep in mind when in a public place where cigar smoking is permitted, or at a party, you don’t want cigar ashes to fall on your clothes, a floor, or a rug.

It’s always wise as you see the ash starting to gain length to gently tap it off.

Do you Keep the Cigar Band on a Burning Cigar?

It’s mostly a personal decision when opting to take a cigar band off or leave it on while smoking one’s favorite cigar.

Some say that leaving the band on promotes conversation among cigar smokers, while others say it’s a showy thing to do that displays a lack of proper cigar etiquette.

If you do decide to remove the cigar band, make sure you let the cigar heat up before taking it off as the heat from the cigar will help loosen the glue that holds the band on.

Remember too, that taking the band off some brands of Cuban cigars (even after heating), like the Montecristo Cigars, is very difficult and can result in damage to the cigar wrapper.

Relighting and Putting a Cigar Out

Perhaps some of the most overlooked aspects of cigar smoking are relighting and extinguishing cigars. On the subject of relighting, cigars, by nature, will go out if not puffed on every few minutes, so relighting a fresh cigar isn’t a problem.

While some contend you can save a partially smoked cigar for more than 24 hours, it’s best to avoid relighting a cigar that hasn’t been smoked in more than two hours.

When relighting a cigar, hold the flame in front of the foot and blow out to help expel any old gases or ash that may have become trapped in the cigar. After that, follow standard lighting procedures.

To extinguish a cigar, just let it go out by itself in a cigar ashtray. Stubbing-out a cigar produces a stale odor that can linger in a room. Once you’re sure your cigar is out, dispose of it in a safe manner. 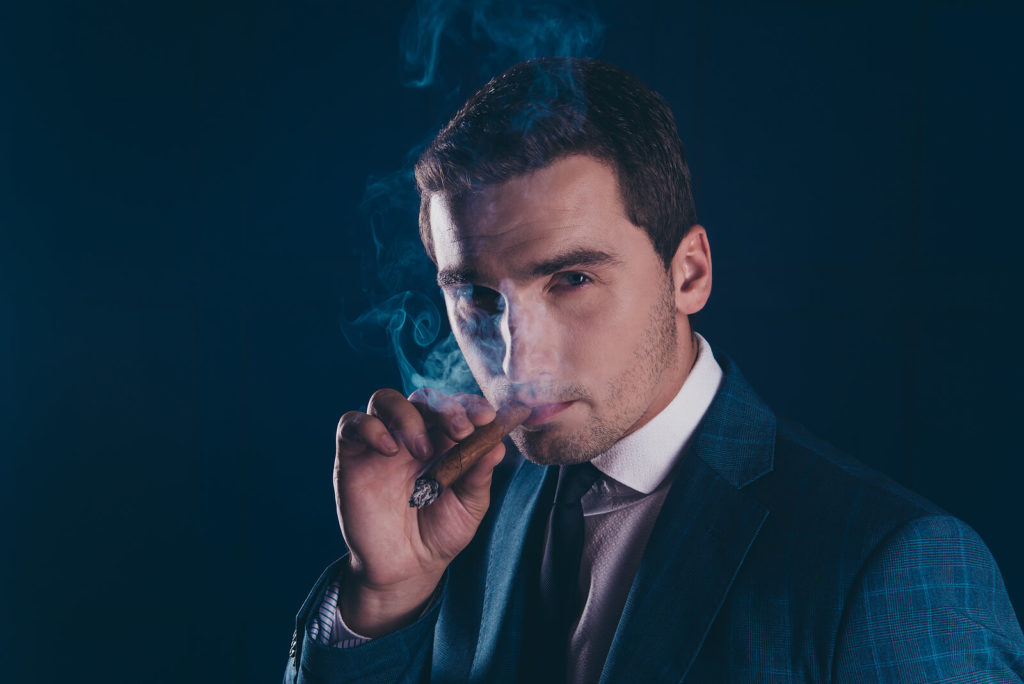 5 responses to “How to Light & Put Out a Cigar Properly”