Estelí, Nicaragua, is one of the fastest-growing and most progressive cities in Central America. It is located about 90 miles north of Managua, right off the enormous Pan-American Highway. The city is rich in history and culture, and is fast becoming a key industrial center for the region. What, you may wonder, caused such a boom in population and progression in this mostly unknown region? Well, the answer to that is quite simple: cigars. Estelí is now home to many of the world’s most praised and awarded cigar manufacturers; from Nick Perdomo to Drew Estate and Padrón, this city of 120,000 people has become the Shangri La of tobacco growing.

On my recent trek through the country of Nicaragua, I had the pleasure of visiting one of the most forward-thinking and well-known factories in the area, A.J. Fernandez. Over the last few years, A.J. has grown into a household name in the cigar industry. His San Lotano line has received nothing but praise and his most recent venture, New World, has appeared on several reviewers’ top-25 lists. When you first see his factory, you can immediately understand why these cigars are touted as some of the world’s best.

The outside is simple yet elegant. The company’s name and logo hang proudly atop the main building. The smell when you first walk in is nothing short of delicious, a spectacular aroma of the finest aged tobaccos in the world being cured and stored. Each and every employee proudly wears the A.J. Fernandez apron, knowing that the brand they are rolling is known for quality and craftsmanship. The storing houses are filled to the brim with aged tobacco, some as old as 10 years. 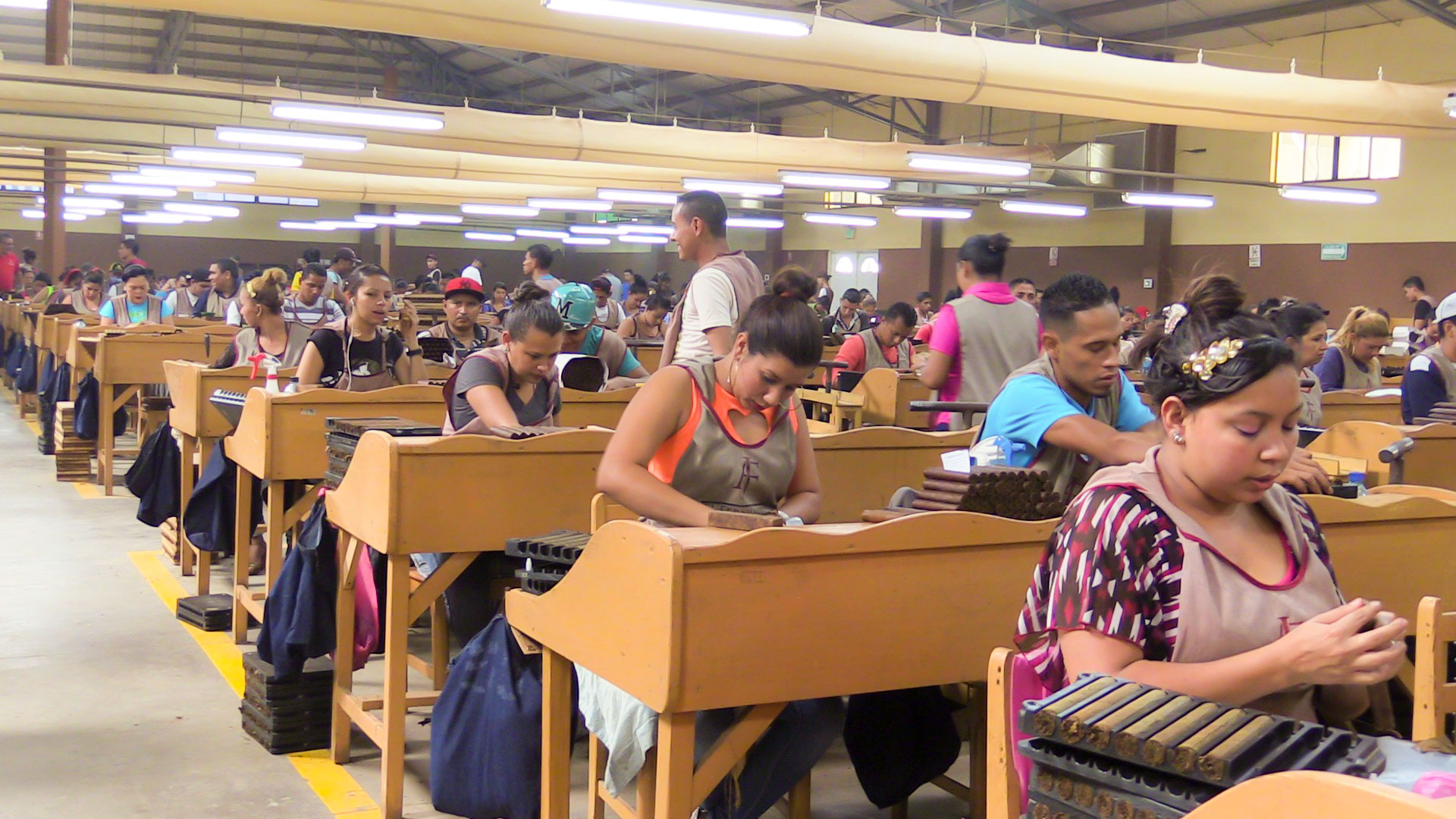 Ricky Somoza, who has long been A.J.’s right hand, gave a brief but very informative tour while telling us what makes these cigars even more special. “We use real aged tobaccos in our cigars. When we release a limited edition, it truly is limited,” he says, speaking from the heart. “When you have a limited edition that says it has 10- or 15-year-old tobacco, sometimes it’s true, sometimes it’s not. With A.J. Fernandez, it’s always true.”

I left this factory knowing I had seen something truly special. Now, it didn’t have the size of Perdomo, or the crazy modern feel of Drew Estate, but by watching the process and seeing the care that goes into every part of the cigar, you can easily tell that A.J. Fernandez was a prodigy, and will soon find his place in the pantheon of cigar greats