Home › JR University - Everything Cigars: Guides, Tips Cigar Tips & How To Dos - Learn About Cigars › A Guide To Cigar Aging

A Guide To Cigar Aging

A Guide To Cigar Aging

We wanted to take some time to go over how to age handmade cigars. We here at JR take pride in the way our cigars are cared for and believe it is crucial to pass that information off to our consumers.

I wholeheartedly subscribe to the theory that aging has a critical impact on a cigar’s body and flavor. Initial aging after their rolling is essential to allow the cigar to dry and stabilize.  Not only will this greatly improve the flavor, but also greatly improve the burn and draw.

What is Cigar Aging?

Cigar aging is as simple as it sounds, all it takes is a properly maintained environment and patience.  When kept for an extended period in a properly humidified and temperature-controlled humidor, the tobaccos will stabilize and settle.

Stabilization typically takes only 4 to 8 weeks depending on the ambient climate, however, allowing your cigars to age even longer will allow the flavors of the blend to meld and mellow into a more harmonious smoke.

The best way to age a cigar is in your humidor.  Made entirely out of, lined with, or using shelves of Spanish cedar, your humidor should be maintained somewhere between 65% to 72% relative humidity, and equal readings in degrees Fahrenheit for temperature.  These are the ideal conditions not just for storing cigars to keep them fresh, but also for aging your favorite handmade premium cigars.

Cigars are made of whole tobacco leaf, and like any organic material, they will degrade over time, no matter the conditions.  The purpose of aging is to control the degradation of the tobaccos in a specific way and period of time that will expand the flavors of the smoke, similar to aging a fine wine. 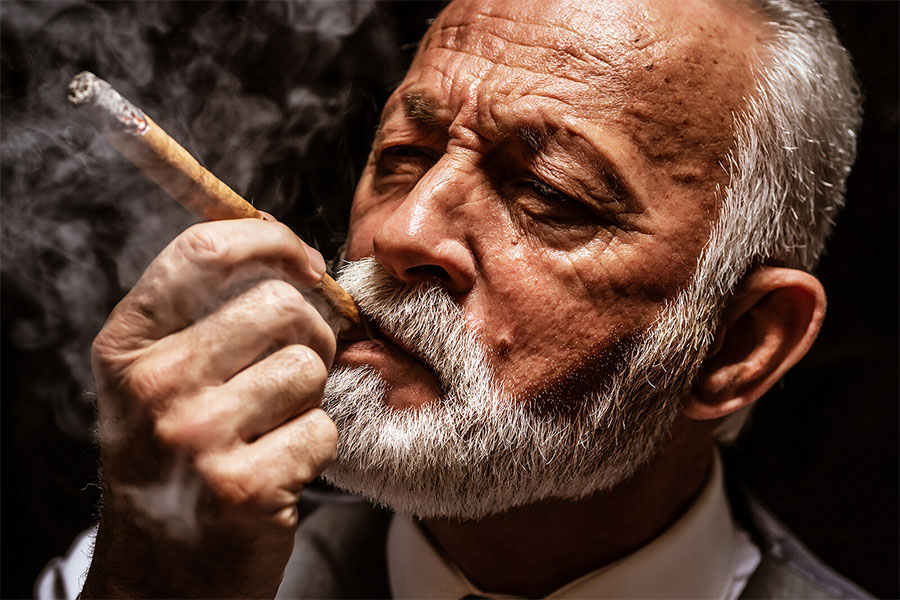 Does aging a cigar make it better?

A cigar’s complexities and nuances will be greatly enhanced with long-term aging in a proper environment.  Aging also tempers the strength of a stronger blend.  Many of the stronger cigar recipes possess a richness and depth of flavor that milder ones are unable to achieve, however, their youthful bite can be overpowering to the palate.

Aging these hi-octane smokes allows for their bite to fade while leaving their robust and intricate flavors to be enjoyed by the smoker.  Aging is always a good thing for stronger ligas, as the depth of flavors will be allowed to flourish after their bitter bite fades.

The younger the cigar the more drastic the impact time has upon it; 3 months can mean a world of difference to a freshly rolled cigar, whereas 3 months are negligible when dealing with a stick that has already been aged for 5 years.  Cigars are sometimes aged after being rolled by the manufacturer, so it is important to consider that when seeking to age your favorite smokes.

How long should you age cigars?

Assigning fixed blocks as ideal aging time is impossible, as each box of cigars is different, and it will respond differently to aging.  With that said, here are general ballpark figures to use:

One such trait is a musty smell and a taste that is similar to snuff.  Another rarer long-term aging trait is cigars taking on an odd scent commonly referred to as the “stinky cheese-like smell.”

This odd reference is due to their pre-light bouquet being faintly like a wheel of Stilton cheese.  Though it may sound unappealing, these cigars are a delight to smoke and are highly prized by vintage cigar collectors worldwide, with many paying top-dollar prices to secure these smokes.

Regardless of the flavor characteristics of vintage vitolas, rarely do any of these cigars maintain any quantitative strength at this level of aging.  Also, only the fullest bodied cigars have any chance of being worthwhile smokes after this many years. 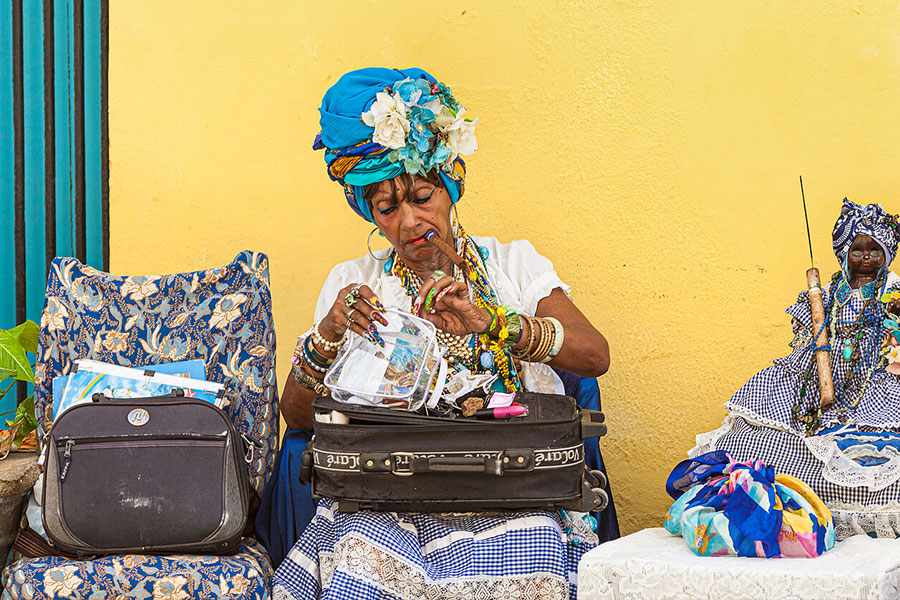 Can you age a cigar too long?

There are many exceptions to the above timetable – it is only meant to serve as a rough guideline for your convenience. All handmade cigars improve with age, so before you dismiss any cigar as “bad” you should allow it to rest untouched for a while. You will be genuinely surprised how many of those poor cigars blossom into enjoyable smokes.

While aging a cigar is almost always a benefit to the smoking experience, I am also a firm believer that cigars do not perpetually age for the better. Every cigar eventually hits a peak, and from there on it is downhill.  So, it is just as important to not over-age your cigars, as it is to age them in the first place.

I would also be remiss if I did not tell you that most cigar makers disagree with what I am suggesting.  Many are emphatic that there is no benefit at all in the aging cigars. Of course, it behooves them to dismiss the concept of long-term aging, as it is not in their own interest to retain cigars after manufacture.

I concede that they are correct in their contention that their cigars are ready to smoke once they ship them, however, as I stated in the beginning, I strongly subscribe to the benefit of aging cigars.

Time allows for good cigars to become great cigars in my opinion.  I do not expect manufacturers to retain cigars for extended aging; as long-term aging is not a practice for the average smoker, but rather a luxury practice embraced by the connoisseur.

However, please remember that aging cannot improve cigars that are made from inferior or under-cured tobacco.  You should only age good cigars as they are the ones from whom you will be awarded for your patience.  Yet, some blends that are less expensive, because they are made with relatively young tobaccos, can transform into something wonderful with a few years in the humidor.

How can you tell how old a cigar is?

Determining how long a cigar has been aged is dependent on how it tastes fresh out of the factory compared to how you know it tastes after a known amount of time.  A better metric than strictly ‘how old a cigar is’ would be ‘how much have the flavors changed and mellowed’.

The best way to determine the impact time on your cigars is to smoke one occasionally from an aging box and to take detailed tasting notes. I am certain that you will see a drastic improvement in the quality of your smoking experience as you allow your cigars to age.

However, regardless of age, once you find a box is no longer improving with time consider the smoking lamp lit and enjoy them.  Once you begin smoking aged cigars, you will quickly discover that what I have described above as a luxury will become a necessity. 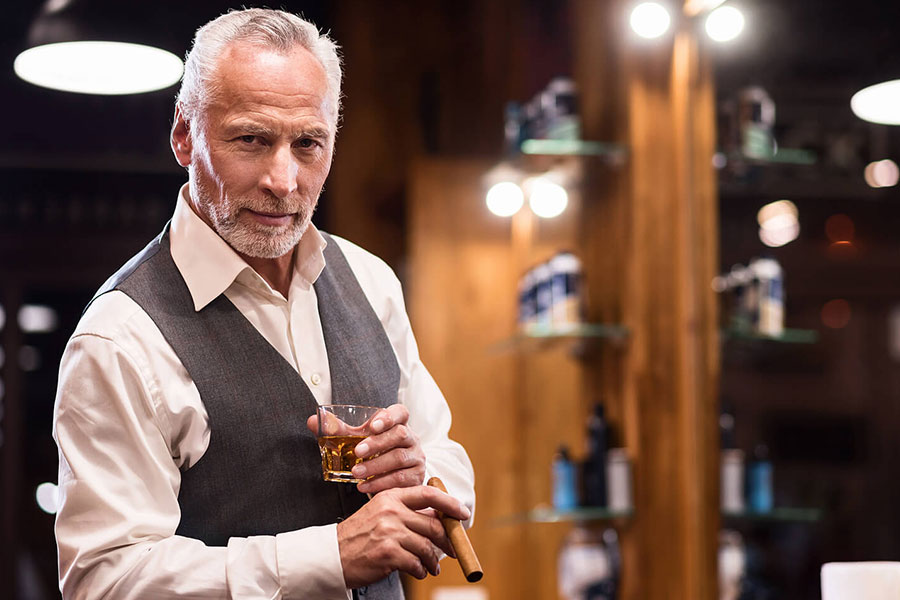 2 responses to “A Guide To Cigar Aging”