The History of Cigars: When Were Cigars Invented?

Cigar smoking is an age-old tradition that began as a tribal ritual and evolved into a worldwide phenomenon. Since the first European landings in the New World, the smoking of various tobacco products has become more than just a simple hobby – it’s a way of life and a rite of passage.

Cigar smokers today can choose from a vast selection of premium cigars sourced from all over the world. However, it has taken more than 1,000 years for cigars to evolve to where they are today. Here’s what you should know about the history of the cigars in your humidor.

When were cigars invented?

Precisely when cigars were invented is unknown. What is certain, though, is that the history of cigars can be traced back to native tribes in Central America that smoked the precursors of modern cigars centuries before Europeans arrived.

The earliest known image of a cigar appears on a Mayan pot dated to the 10th century, but it’s entirely possible that the native peoples of Central America had already been smoking them for some time before that. The Mayan word for the act of smoking, “sikar,” is also theorized to have been passed on to Spanish explorers, who adapted it into the Spanish word for a cigar, “cigarro.” 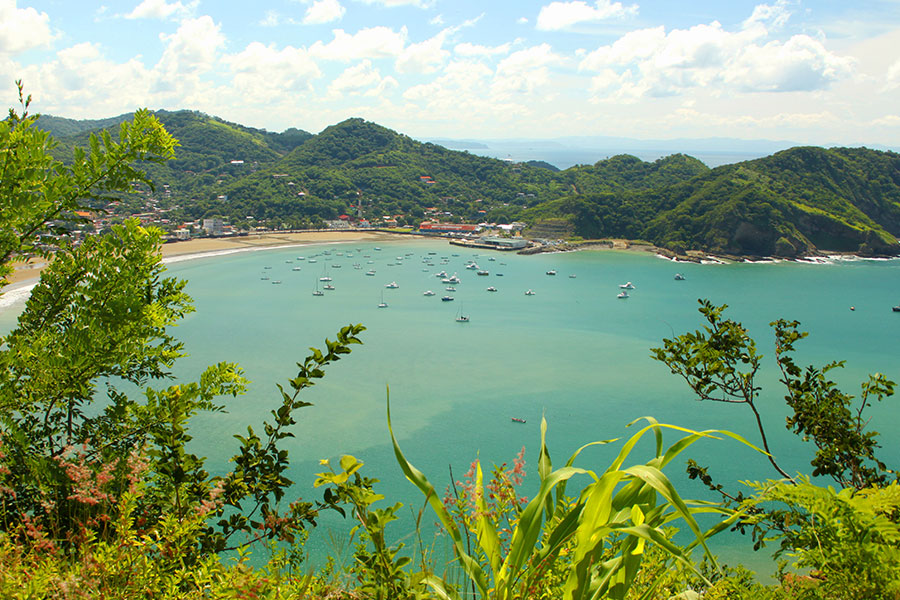 The smoking of a cigar first gained international recognition in the 1500s, following the arrival of Columbus in the modern-day islands of Cuba, and Hispañola which today hosts the countries of Haiti and The Dominican Republic. When Christopher Columbus first arrived in the Caribbean in 1492, he observed the natives smoking rudimentary cigars similar to those smoked by the Maya.

Columbus would go on to introduce tobacco to Europe, where smoking was initially met with disdain. Over time, the Spanish and other Europeans would begin to enjoy smoking tobacco leaves. Following their experience with the tobacco, explorers began to send shiploads back to Europe, where it became an immediate success.

As tobacco from the New World became increasingly available, small cigar-making workshops in Spain started to emerge. The cigar industry would undergo a massive change in 1758, when the world’s first tobacco processing factory opened its doors in Seville, Spain. This factory, which was controlled by the Spanish monarchy, marked the birth of the modern cigar industry.

It was also around this time that the first premium cigars as we know them today were created. A premium cigar is a handmade product that only uses the finest aged tobacco, wrapped in whole tobacco leaves, to produce a high-end, quality product.

The Cigar Industry Grows and Matures in Cuba

Tobacco became a successful commercial crop and the number one export of North America. During this time, Spanish colonists built North America’s first cigar factory on the island of Cuba, a land that would later become the most famous manufacturer of cigars.

As demand for cigars grew in the late 18th and early 19th centuries, production in Spain struggled to keep up. As a result, the cigar industry eventually found a new home in the Spanish colony of Cuba, where Columbus had first witnessed natives smoking early cigars. Cuba’s climate is perfect for growing tobacco, and the island was soon the cigar manufacturing capital of the world.

During the 19th century, many cigar companies were founded on the island, including a few that are still popular with cigar lovers today. Punch, for example, got its start in Cuba in 1840. This period also saw the cigar industry branch out into nearby Florida, particularly the cities of Key West and Tampa. 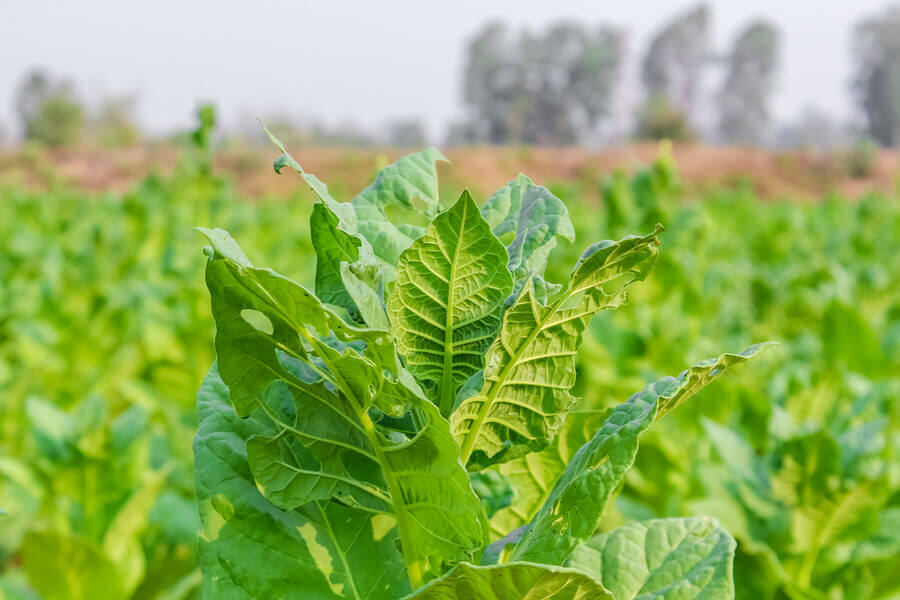 Though cigars have always been a luxury, the 19th and early 20th centuries saw them become symbols of wealth and status. The expense of importing them from Cuba made frequent cigar smoking a pastime of the rich, who could afford as many cigars as they wanted. Since that time, cigars have been widely associated with wealth and success in the business world.

Although a luxurious product, cigar-smoking was also a popular habit of common people. They might not have been able to smoke several of the finest premium smokes every day like those with wealth, however, cigars were enjoyed by folks from all walks of life to capture the luxury associated with cigars.

Cigars In The Last Century

The end of the 19th century into the 20th saw an explosion in the popularity of premium handmade cigars as production continued to increase. The turn of the century saw many politicians and important figures become cigar smokers, with such esteemed individuals as Sigmund Freud, Mark Twain, and Ulysses S Grant becoming icons in the cigar world for years to come.

Cigars were at the height of their popularity in the early to the mid-20th century. Even in England, where smoking had been stigmatized under Queen Victoria, cigars were made more acceptable when a newly crowned King Edward VII famously said “Gentlemen, you may smoke” to his guests after a dinner event. By 1960, Americans alone would consume about 7 billion cigars annually.

However, the cigar industry faced a sudden and drastic change in 1962 following the United States embargo of Cuba, the driving force of the industry for over a century. Premium handmade cigars could no longer be made in, or contain any tobacco grown in Cuba, significantly altering the landscape of the largest market in the world and the course of cigar history.

The communist takeover and centralization of the industry of Cuba, paired with the loss of the American market, caused many cigar blenders, farmers, and rollers to flee Cuba to nearby Florida and other surrounding Caribbean and Central American nations like the Dominican Republic, Nicaragua, Honduras, Jamaica, and Mexico.

Nevertheless, the popularity of cigars began to fade in the second half of the 20th century. Sales declined significantly going into the 1980s. Times were dreary in the cigar industry and the glamor was gone. Many manufacturers wanted their children to work in other industries. But then, in the early 1990s, a global cigar boom began that once again altered the industry.

Demand for cigars skyrocketed, creating pressure to increase supply. It was at this time that countries such as Nicaragua and Ecuador became major tobacco suppliers. While the boom did wane into the turn of the millennium, cigars today are back in style, and modern aficionados are enjoying the plethora of new premium brands produced by the cigar boom of the 1990s. 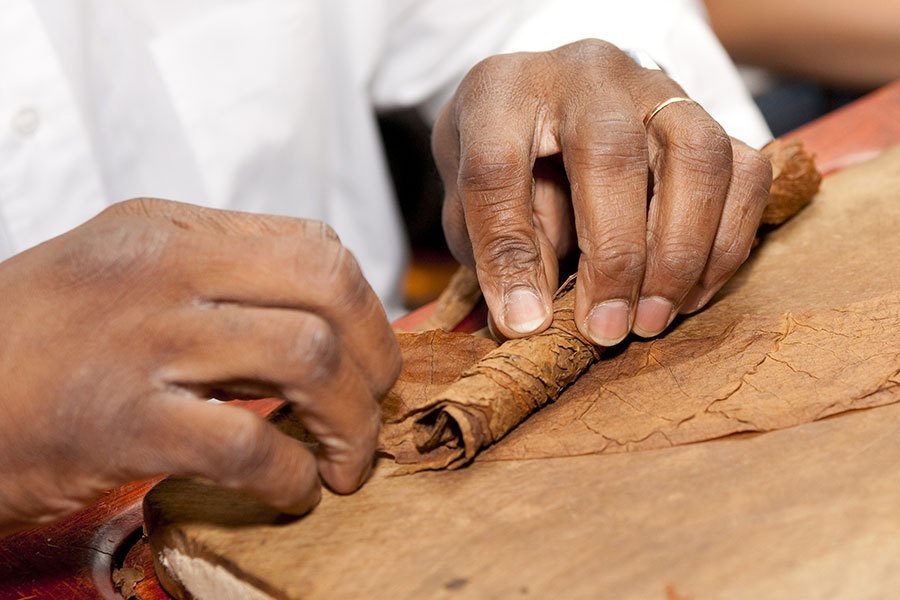 The Future of Cigars

Although times are uncertain during a worldwide pandemic, the cigar industry has never been stronger. Even prior to the pandemic and in the face of increased regulations, growth has been steady in the industry for nearly two decades. 2021 saw records broken with the number of cigars being imported, with over 40 million cigars imported to the United States alone in multiple months.

The last 10 years have seen an explosion in the popularity of small-batch and boutique brands and manufacturers, including aficionados who have had no prior experience or heritage in the cigar industry. Perhaps this indicates a closer relationship between manufacturers and consumers, with the line distinguishing the two becoming somewhat blurred.

What exactly the future holds for the cigar industry is a mystery, but it will without be interesting. Stay on top of everything you need to know about cigars by regularly checking out the JR Blending Room!