So while sitting back with an astounding maduro Robusto, that was rich, sweet and loaded with zesty notes of sweet spice and cocoa, (more about that later), I began thinking about how many new  premium cigars crafted by up and coming stogy rock stars have hit the scene in just this past year alone. That would be a bad thing if all these new sticks were crap, but these new young guns are cranking out some real quality products. Some might say that we are in the midst of a new Renaissance in the tobacco industry. Skeptics would disagree, claiming that the market is over-saturated. Just follow any internet cigar group and watch this endless battle rage on. At one point, Padron was a new company, and so was Arturo Fuente and Drew Estate, just to name a few. New brands provide energy into the market, a breath of fresh air, and they keep things new and exciting. In addition, it keeps the older established companies on their toes so they can never rest on their Laurels, (Or Hardy’s for that matter)! Best of all, it boosts the economy, both in the countries of origin, and right here in the States.

Therefore, I say, (for what it’s worth) keep bringing on the goodies; you just can’t have too many great cigars to choose from!

Speaking of new cigars, we have a real top-quality gem that is making a lot of (good) noise in the industry. 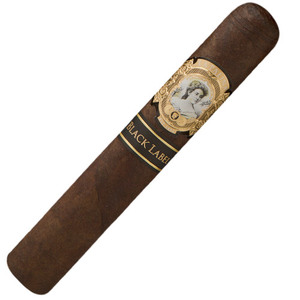 The Congress Cigar Company and its leading brand, La Palina, had its beginnings when Samuel Paley emigrated from Ukraine in the late 1800s.

Arriving in Chicago, Sam started his career in a local cigar factory as a lector. That person reads either fiction or popular current event stories to the rollers to break up the monotony, and to keep them from slapping a moist wrapper leaf on a co-worker’s head for sipping his espresso too loudly.

His interest in the tobacco industry steadily grew, and Sam devoted his personal time to studying cigars, the nuances of their blending and the tradition of their manufacture.  His employer eventually recognized his diligence, and Sam was promoted to roller and then blender.

In 1896, Sam opened a cigar shop of his own in Chicago with an adjacent factory that he named Congress Cigar Company.  Their first product was La Palina, in honor of his wife Goldie Drell Paley.  Sam was a turn-of-the-century master artisan and would sit in the window every day rolling cigars.

His dedication and skill made the brand a household name and it shared a spot among the best smokes of the day. Sadly, when Sam retired in 1926, his beloved La Palina retired with him.

Bill Paley, a third generation cigar maker, learned an important lesson about quality from his grandfather’s proud history with La Palina and Congress Cigar.  Those values would guide the Paley’s for the next three generations and would take Bill Paley back to his roots, and the resurrection of this once famous brand.

This iteration isn’t just some run-of-the-mill remake of an old brand looking to make a quick buck, Paley set out to create some edgy modern nuances to super-charge the classic original recipe.

La Palina Classic cigars are medium-to-full-bodied, earthy, smooth, and brimming with a perfectly balanced combination of sweet and spicy goodness, thanks to its mouthwatering blend of Dominican and Nicaraguan long fillers, a silky Ecuadorian binder, and a deep and oily Brazilian Habano seed wrapper.

This amazing premium handmade is wearing a lovely seamless Brazilian Habano wrapper that is black as coal, and glistening with oil. Underneath reside some of the finest aged Dominican and Nicaraguan fillers held together by a bold and zesty Ecuadorian binder.

Being a huge maduro maven, I chose the La Palina Black Label Robusto to smoke while writing this blog. If you will kindly revert to the very beginning of this story, I believe I suitably described its magnificent flavor… I’ll bet you guys were going crazy trying to figure out what I was smoking!   No? … Oh, well!

Anyway, whether you smoke the Classic, Black Label, or both, rest assured, you are in for a very special treat!