They say time flies when you’re having fun, but it moves even faster when you are having the time of your life…so, in what seemed like a heartbeat, it was already day four in beautiful Cuba.

Still exhausted but exhilarated from the days before, we boarded our chartered bus to the El Laguito Cigar Factory, home to the famous Cohiba Cigar. Unlike the long journey to the Pinar del Rio province, the factory was very close in proximity to our hotel, which was a comforting relief to my aching posterior after the previous long journeys.  We pulled up in front of flawlessly landscaped, tree-lined grounds surrounding a stunning pale-yellow mansion that impeccably epitomized the stately architecture of old Havana.  Created as an exclusive brand in 1966 for Fidel Castro and various high-level officials and heads of state, Cohiba finally hit the international market in 1982 and from the very beginning, it was hailed as one of Cuba’s finest cigars. 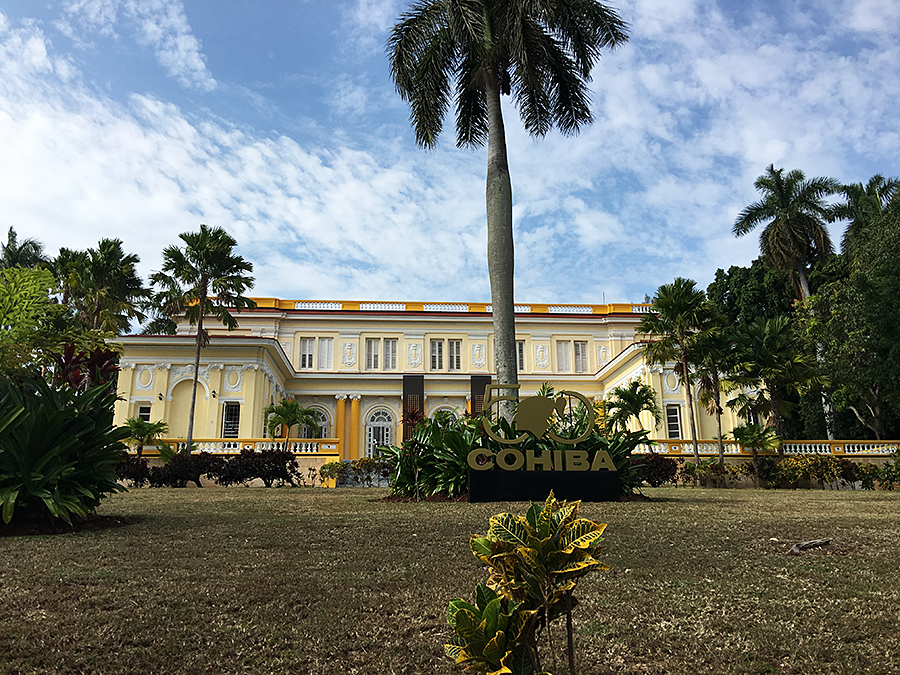 Once inside we marveled at the highly polished marble floors, stained glass windows, and cathedral ceilings, making it a unique departure from other cigar factories that I had visited in the past. When you enter, there is a massive staircase directly in front, sporting a large Cohiba logo, and rooms on either side, housing the torcedores busily rolling cigars. 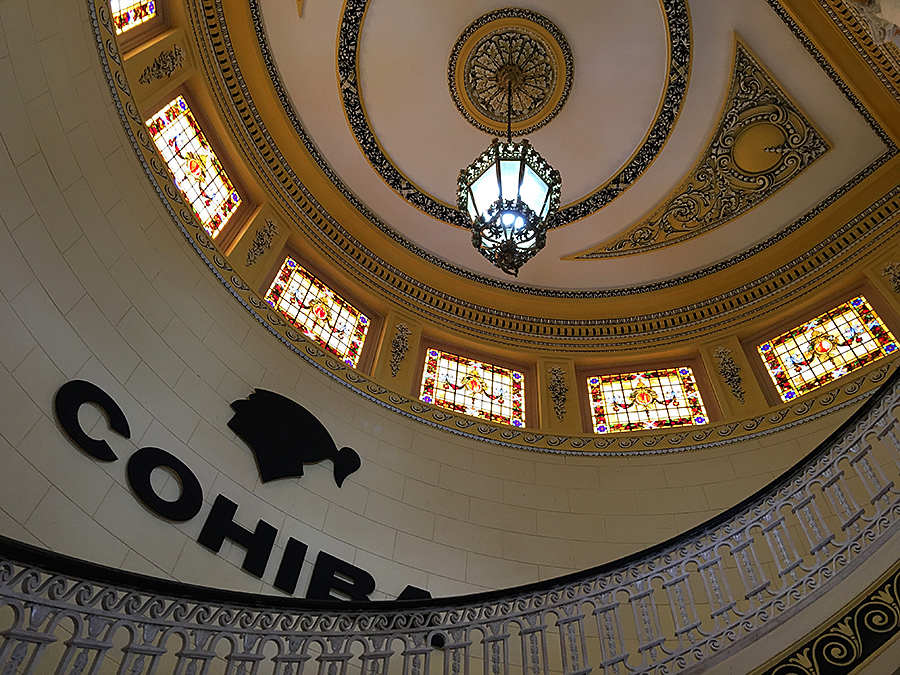 Our first stop on the tour was the stripping room where the veins are stripped from the tobacco leaves. In the Dominican Republic, Honduras, and Nicaragua, the stripped tobacco is usually shipped to factories in Puerto Rico and the U.S. to be used as filler for machine made cigars, but only premium handmade smokes are produced in the Cohiba factory, so the stripped tobacco is discarded. 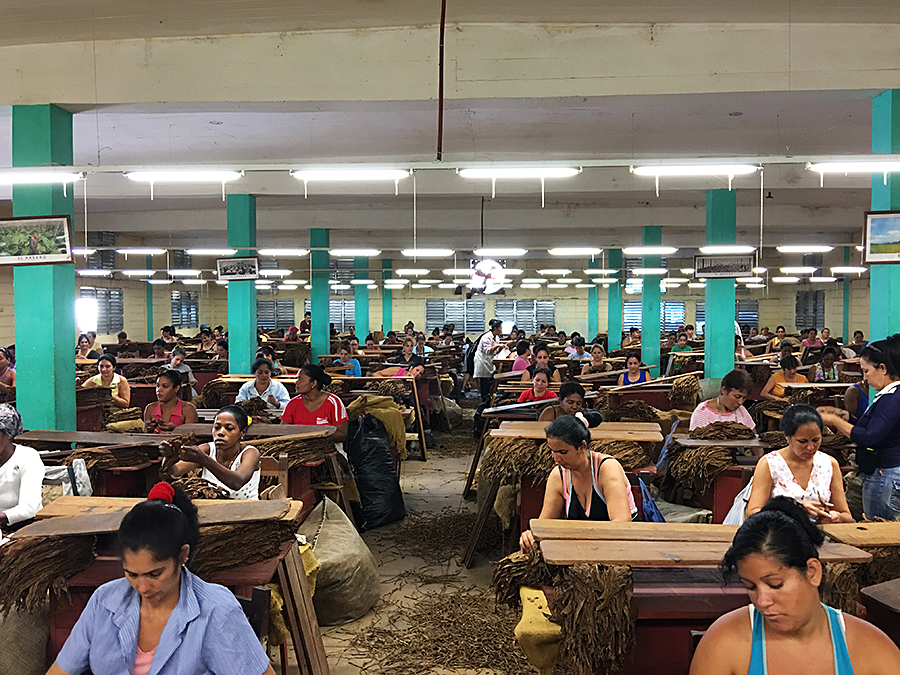 As the tour continued, we saw workers sorting the finished cigars into piles depending on both the color and shade of the cigar’s wrapper. The seductive bouquet and oily sheen of these freshly fashioned gems had me itching for one to smoke. Luckily, my craving didn’t last long because the tour was officially over and we were escorted outside and each handed a scrumptious Cohiba Siglo I Tubo to enjoy! 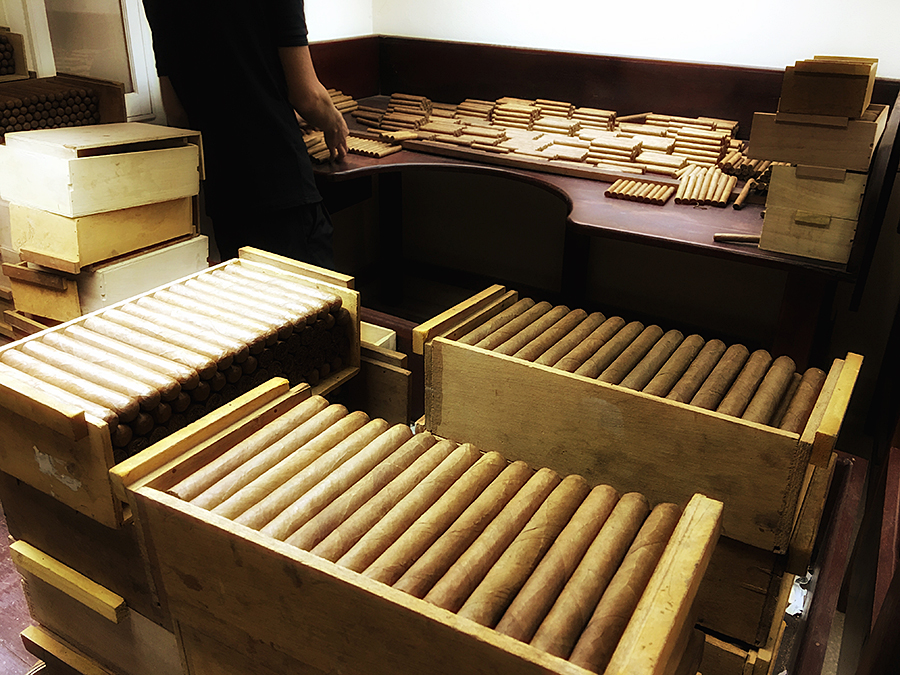 The El Laguito tour was a perfect end to our official XVIII Festival Habano experience. The unofficial journey continued, however, because Mr. Massey and I spent many more hours on this magical cigar safari.   Details to come in my final installment of the Chronicles of Cuba.

*Habanos S.A. is the Cuban company that has exclusive rights to market and sell Habanos cigars and worldwide.