The New Face Of Te-Amo Cigars 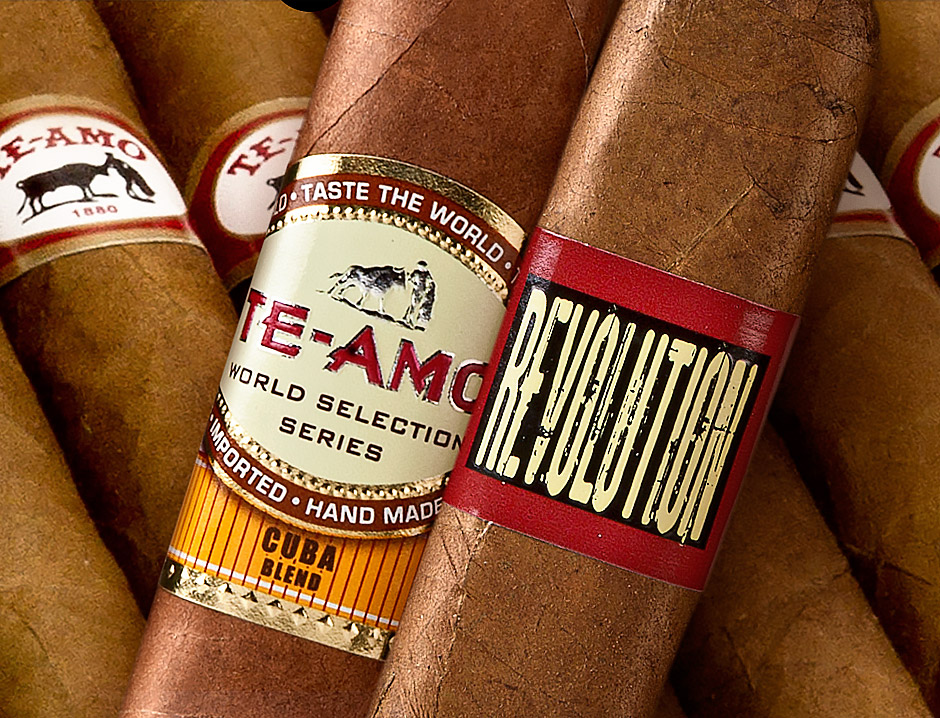 When you think of Mexican cigars, the word Te-Amo surely comes to mind. Founded in 1963, this cigar quickly rose to prominence. In fact, for three decades, this cigar was one of the top selling brands in the United States. If you’ve ever visited any major city, especially New York City, you could not have missed seeing the famous Te-Amo Cigars signs hanging above, or in the window of practically every tobacco shop, both big and small.

During the latter part of the 1990’s, and into the new millennium, the Te Amo brand began to suffer an identity crisis. A plethora of new high-end cigar brands from the Dominican Republic, Nicaragua, and Honduras, many containing intricate blends of tobacco from four or more nations, began flooding the market. Industry periodicals and the newest medium, social media, began attentively advertising, rating, and awarding honors to these super premiums. The modern smoker that was looking for more sophistication, complexity, or snob appeal from their smoke left this mostly blue-collar stogy in the dust. Fortunately, the brand had enough of a loyal following to keep it afloat.

Realizing that times change, and so do consumers, the company has set their focus on a new generation of smokers looking for new and exciting blends. For many years, there was only one Te-Amo Cigar, solely made using 100% percent Mexican tobacco, but that has all changed. Stepping out of their comfort zone, the master blenders at Te-Amo have brought some great new line extensions to the (rolling) table.

The Nicaraguan cigars in this lineup contain a robust, premium blend of Nicaraguan long fillers, a spicy San Andrés binder, and a silky, smooth Cuban-seed Criollo wrapper. Filled with warm coffee and spice notes, this cigar is sure to enthrall the palate.

For fans of mellow leaf, the Dominican Series displays a creamy, savory blend of Dominican tobaccos, a smooth San Andrés binder, and a golden-brown Connecticut shade wrapper. Last, but not least, for lovers of old world style smokes, the Te-Amo World Selection Cuban, will really hit the spot. An aged, and flavorful blend of Cuban-seed Criollo tobaccos from Central America, a spicy San Andrés binder, and a rich, earthy Criollo wrapper, are very close in to those great old pre-embargo Havana’s.

Next up, the Te-Amo Revolution Cigars. To start the Revolution, a dark brown San Andres Habano wrapper sits atop a carefully chosen combination of Nicaraguan, San Andres Negro, and San Andres Corojo long-fillers, rolled into a robust San Andres Corojo binder. Then each cigar is pressed into a unique oval shape that offers a cool draw and heightens all of its earthy sweetness and complex notes of leather, cedar, and spice. Toss any pre-conceived notion that you had about this brand out the window, because the Revolution is a radical departure from the classic Te-Amo.

Now, put your cognac and fancy cigar magazine down for a few moments, (you can’t afford that Lamborghini anyway) and let’s discuss the original blend that is still loved by millions – Albeit, mostly old farts, like myself.

Crafted by the Turrent family, who has grown some of the world’s most sought-after tobacco in Mexico’s San Andrés Valley for six generations, Te-Amo Cigars come packed solid with thick, all Mexican tobaccos. Expect massive volumes of dense billowy clouds, a hearty robust flavor, and bold notes of earth, spice, and pepper. Definitely not for everybody, but when paired with a juicy, fresh off the grill, cheeseburger, and an iced cold beer, these babies really hit the spot!

This Mexican puro has survived some really -tough times, but thanks to its loyal followers (like your dad) who don’t judge their cigars based on trends, or magazine ratings, it’s still going strong. Heck, if your dad loved them, they can’t be that bad –Right?  On second thought, maybe that’s not the best testimonial. My father loved fried liver smothered in onions, and that shit made me throw up in my mouth, so why would I trust his taste in cigars? But I digress …

Check out the new face of Te-Amo today- We bet you’ll be very surprised at the selection, and very satisfied after you smoke them.