From planting seeds to final production, very few  Nicaraguan cigar brands embrace the heart and soul of this famous tobacco-growing country quite like Perdomo cigars. Since 1992,  Nick Perdomo has steadily grown his farms and factory into one of the most elite cigarmaking operations on the planet by using state of the art blending, soil cultivating,  and rolling techniques. All this hard work has really paid off, because Perdomo continues to release one top-selling blend after another, and has amassed a huge portfolio of highly regarded brands under his own family name.

Released in 2012, Perdomo 20th Anniversary cigars celebrate the many milestone achievements that this family-owned operation had accomplished in the course of two decades.  Each 20th Anniversary cigar is gingerly rolled with top-priming tobaccos from Estelí, Jalapa, and Condega, covered by your choice of a Sungrown, Connecticut, or rich dark Maduro wrapper. For the piece-de-resistance, all three wrapper styles are aged in old bourbon barrels for 14-plus  months prior to being applied.

The tamest of the bunch, Perdomo 20th Anniversary Connecticut cigars, available in just one Epicure Gift Set of five, is a medium-bodied smoke with delicious creamy flavors of coffee, almonds, spice, accented with an underlying tobacco sweetness throughout. 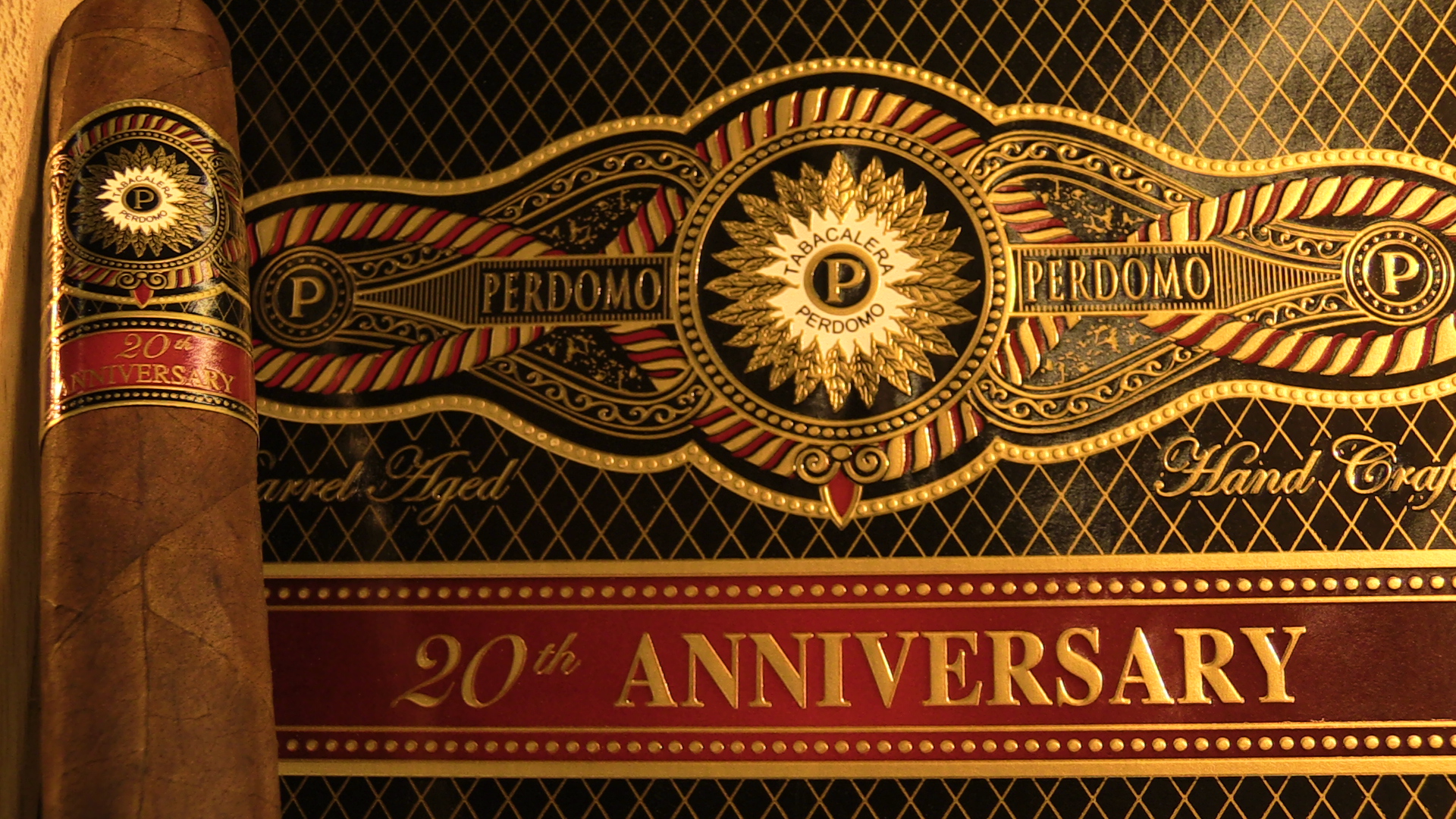 Both full-bodied in strength, the Sungrown 20th Anniversary cigars are laced with savory notes of leather, spice, and cream, while the Maduro variety brings decadent flavors of chocolate, spice, espresso, and hints of black cherry to the party.

Pick up a box or two,  and make your next smoking session as much of a celebration as the Perdomo family’s anniversary eight years ago!

Cigar Podcasts and Vlogs to get you through lockdown