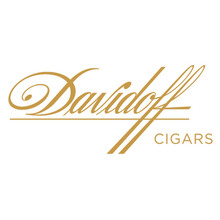 It is Thanksgiving and a time for us to be grateful for all the bounties we have.  Of course while the stores are looking ahead to Christmas (actually they started a few weeks ago) some people are talking about the new year… and not the one beginning Jan 1, but the Chinese New Year which happens on February 19th.  Next year is the Year of the Sheep… not one of your better choices, but it is what it is.  Davidoff is pressing ahead with its special limited edition for the year.  The Year of the Sheep.  According to the release:

Belonging to the element of wood, the Sheep is a craftsman, an artist, a devotee of beauty, fashioning a world of harmony and aesthetic pleasure. The Sheep will also look on approvingly as people welcome in the New Year. For in the Sheep’s eyes, happiness is other people’s happiness. The Sheep loves to see their own love of life reflected in the faces of those around them as well as the objects and things which surround them.

What is interesting is that the special cigar, like the ones mentioned two weeks ago (Ashton Symmetry and Altadis’s Anthology), uses an Ecuadoran grown Habano wrapper. But unlike the others it sports  a Yamasa binder and a combination of fillers including a Hybrid Corojo/ Olor, San Vicente, Piloto Cubano and San Vicente Majorado visus.  (Not sure what visus is—maybe the plural of viso but the Davidoff people say visus is a tobacco term even though some other manufacturers go huh?)

The cigar is a Piramide measuring 6.5” x 54 with 8 to a box.  The cigars are shipping now and should be available very shortly.

If you don’t want to wait for the sheep… Davidoff does have its Colorado Claro Series available now.    These cigars are produced in small batches and use a very special rare wrapper…sun-grown Connecticut from Ecuador.  If you know anything about Ecuador, then you know how hard it is to grow anything in the sun because of the clouds which blanket the growing areas.  Sun grown Ecuador anything is rare and in the case of this Connecticut wrapper is a bit darker in the reddish brown arena and produces a stronger taste.  The Colorado Claro Series comes in popular Davidoff sizes—Special ‘T’ at 6” x 52, Special ‘R’ at 4.875” x 50, Double ‘R’ at 7.5” x 50, Short Perfecto at 4/875” x 52 and Anniversario No. 3 at 6” x 50.

We al know Davidoff’s can be a bit pricey.  They are a luxury product, but the newest Davidoff will really add to that concept.  According to Cigar Aficionado, Davidoff is coming out with an ultra premium…maybe even beyond ultra.  The Davidoff Oro Blanco is a vintage smoke that will retail for….wait for it….$500.  And that ain’t for a box, but for one.  According to CA,

“This is going to be our most expensive cigar ever, and the most expensive in the market,” said Hans-Kristian Hoejsgaard, chief executive officer of Oettinger Davidoff AG, the company that owns the Davidoff cigar brand.

The article says that all of the tobacco was harvested back in 2002 and has been set aside for this special cigar.   It will be a 6” x 54 grand toro and will come in individual wooden coffins and the box will hold 10 cigars and retail for $5,000. Of course if that is too much, there always is the Davidoff Puro d’Oro which is not as rare or as expensive but nonetheless a great smoke.