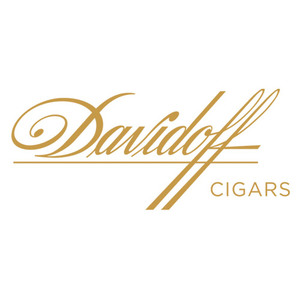 Normally I don’t care much about changes in personnel at cigar companies.  So and so who was sales manager at SecondRateSmokes is now leaving to go to Anastystick Cigar Company.  I mean this is inside baseball so who really cares?  This time, though, I am making an exception because while it essentially is a personnel move, it does have ramifications.

Davidoff has named Hamlet Espinal as the new General Manager of Tabadom Holding in Santiago.  Tabadom is the Davidoff subsidiary in the Dominican Republic and the company that makes its cigars.  Since its beginning, Tabadom has been headed by Henke Kelner, who now will give up his general manager role to Espinal.  Kelner remains Vice Chairman of Tabadom.

According to the release, Espinal started his career at Tabadom about 15 years ago, which makes not only Davidoff but also AVO, Cusano, The Griffins, Private Stock, Zino and Zino Platinum among others.  Just last year, he was promoted to Vice President of Tabadom.  According to the company announcement:

“Hamlet has been a key member of the Management Team for many years – as such he has learned from Henke Kelner every aspect of our operations in the Dominican Republic”, says Hans-Kristian Hoejsgaard, CEO Oettinger Davidoff AG and Chairman of Tabadom Holding, Inc. “We are thankful to Henke Kelner for the perfect succession planning at Tabadom Holding, and we all look forward to working with Hamlet in his new role.

The reason this is noteworthy is that Henke, for all intents and purposes, IS Davidoff.  It was his factory that the company picked after leaving Cuba to make its cigars.  Henke has been fanatical about quality in his factories; he has made certain the Davidoffs made in Santiago are of the absolute best quality.   Henke also is president of Pro Cigar—the group of Dominican cigar makers, who hold lobby and hold an annual festival next month.

The way I see this news, is that it frees Henke up a bit from the day to day operations of the factory.  Indeed, according to the release, Davidoff wants to expand Henke’s role as Davidoff Global Ambassador (something Zino Davidoff did before) to have him do his tasting and educational seminars around the world.  That would be a good thing.