Cigars You Need At Your First Herf

Cigars You Need At Your First Herf

Earlier this month we released an article describing what a cigar herf is.  For those of you who missed it, which you can read right here, a cigar herf is basically a party or gathering for members of the cigar community.  It is a great way to get to know other aficionados, learn about cigars and the industry, and even trade some smokes.

For a new cigar smoker, it’s important to bring some cigars along with you to your first herf.  Seeing as how they are new, they might not know which cigars to bring.  So, I’ve compiled a list of some great smokes that won’t hurt your budget but will show that you are serious about cigars. 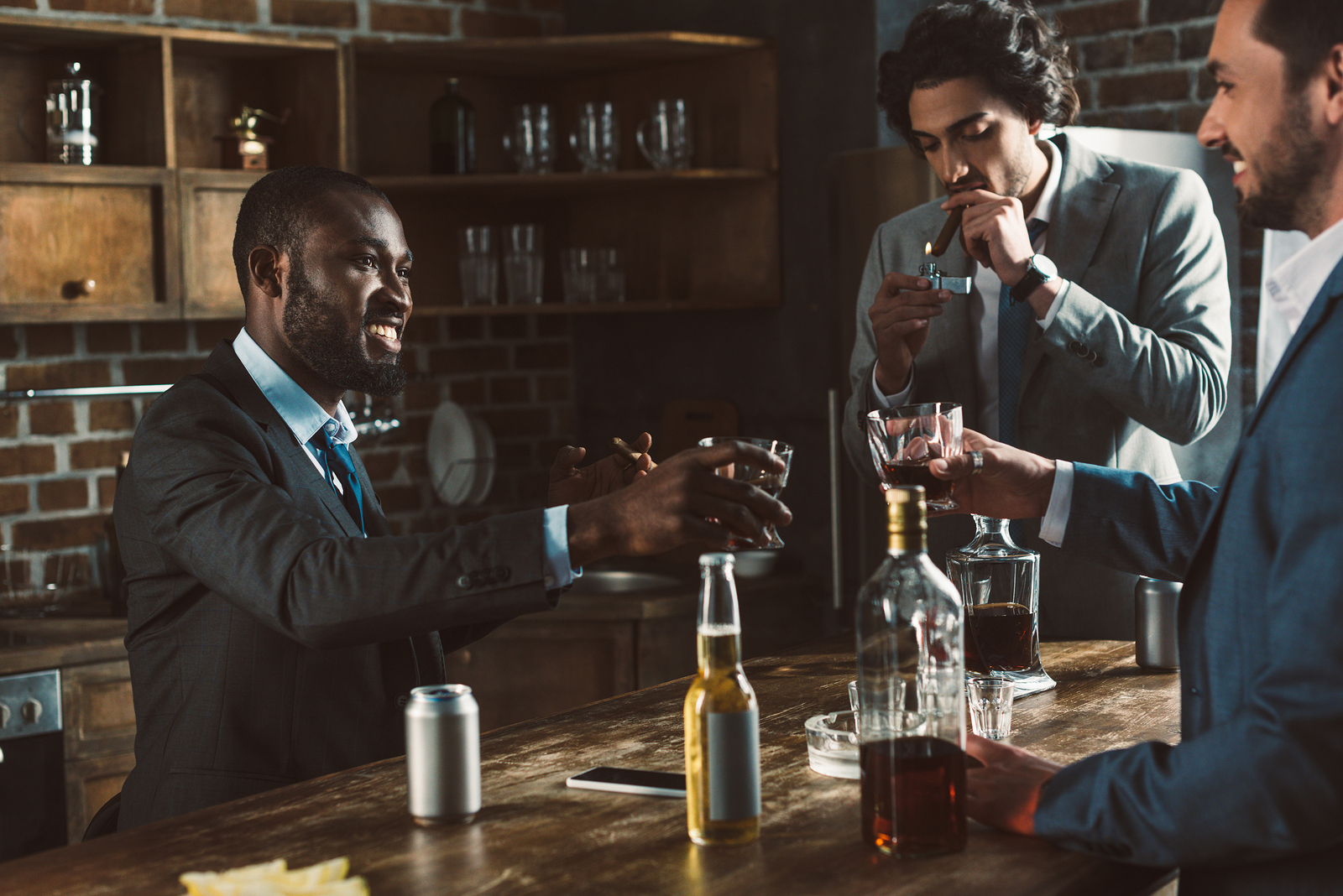 This was a big year for AUSA.  The brand had four cigar releases this year that have named to several Top lists, including the Henry Clay War Hawk and the Montecristo Cincuenta.  The comeback of the H.Upmann line was in full form with two new releases.  They include the high-end H. Upmann 175th Anniversary and the wonderfully complex H. Upmann Hispaniola.

The Hispaniola is crafted in the heart of the Dominican Republic.  It uses tobaccos that are grown from the legendary Mendez family, including their famed Andullo and Pilotico tobaccos.  It is wrapped in an exquisite Ecuadorian Sumatra leaf and is rich, zesty, smooth, and incredibly flavorful.  This cigar, which retails for around $8.50, was named to Halfwheels Top 25 cigars of the year.  This is a great cigar to showcase you know what you’re talking about.

Crowned Heads is known for its amazing collaborations.  The team has worked with several of the top cigar manufacturers in the industry, including My Father, E.P. Carillo, and Drew Estate.  For this more affordable offering, the brand went with a little factory known as Tabacalera Pichardo, which is found in the heart of Nicaragua.

The Juarez started out as a private blend, but this year, it was released to the public.  It uses aged Dominican and Nicaraguan fillers with a Sumatran binder and a dark Mexican San Andres wrapper.  It is full of rich and dark flavors, including chocolate, coffee, earth, and dark fruit.  It is a great choice for a new herfer, combining a great price with a phenomenal blend and a well-known company.

Nick Melillo is one of the top blenders in the industry, with almost each one of his cigars being named to a Top Cigars list.  The Menelik started out as an event-only cigar, as it was only available at select Foundation events, and only if you purchased a certain amount of boxes.  This year, Nick decided to be kind to us all and made the Menelik an official, regular production release, although in more limited quantities.

The Menelik takes its name from the ancient ruler of Ethiopia, who was also known as the Son of the Wise Man, which relates to two other Foundation cigars.  It is rolled at the famed Aganorsa factory using aged Nicaraguan fillers and a chocolate-colored Mexican San Andres binder.  If you bring one of these bad boys to a herf, people are going to take you seriously.

Dion Giolito and the team at Illusione tend to fly under the radar to the general public.  However, every cigar nerd not only knows Illusione, but considers them among the best cigars in the industry.  Each one of their blends has received incredibly high ratings and some of the rarer ones go for big money on the secondary market.

Among my favorite of the regular production, Illusiones is the Epernay.  This Nicaraguan puro is packed out with rich flavors.  Its dark spice combines with hints of coffee, cream, and cedar for a smooth, sweet and zesty cigar with top-notch construction.