In the 25 years working for JR Cigars, I must have smoked at least 6 million premium cigars, give, or take three or four.  Most were great, some were mediocre, and a few were so bad it felt like an elephant took a crap in my mouth!

Today I want to tell you about a new brand that absolutely “knocked my socks off”.  I hope that it will knock yours off too … At least one sock anyway. 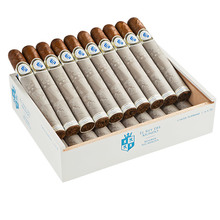 The new brand I am referring to is the El Rey Del Mundo Nicaragua.  I am already a huge fan of the Honduran version which fittingly translated from Spanish means” King of the World”, so when this new Nicaraguan version made its debut; I was very excited to try it.

The resourceful brain trust at JR cigars in concert with the famous blenders at the General Cigar Company decided to put their collective heads together and move this new El Rey Del Mundo line extension across the border from Honduras into Nicaragua to take advantage of the best cigar leaf that both countries had to offer.

As soon as I opened the box, my proboscis was inundated with the collective bouquet of cedar and perfectly aged tobacco leaf.  Appearance-wise, this vitola is a stunner to look at, with a chocolate brown wrapper that is very oily and silky to the feel.

The exquisite wrapper leaf covering these cigars is grown in Olancho San Agustin, a fertile valley of Honduras surrounded by lush tree covered mountains, and a huge river that feeds these sun-grown tobaccos’ natural spring water.  This unspoiled setting yields a wrapper leaf that is thick, hearty, and robust.  Nestled underneath this wrapper are hand selected top-quality filler tobaccos from Honduras and the rich volcanic growing regions of Nicaragua.

The first third of the smoke was replete with sweet spice and rich complex flavors that include almonds, cocoa, leather, and black cherry.  All of these flavors remain perfectly balanced and build with intensity throughout the smoke.  The cigar finishes just as good as it starts, and was almost impossible to put down even though I was about to toast the tip of my thumb.

I’ll bet you people are probably thinking that this shmuck is not going to write anything bad about a JR cigar.  Well, you are right.  Because if I did, my employment would be terminated forcing me to pound the pavement month after month hopelessly looking for another career until my spirits are finally crushed and I settle for a job selling gas station sushi at the Vince Lombardi Rest Stop, conveniently located right off exit 18 on the New Jersey Turnpike.

But as usual, I digress..

Trust me folks, this is a delicious cigar and I promise that you will thank us after you smoke it.

Why thank us?  Because these super premium beauties are made exclusively for JR Cigars and you are not going to find them anywhere else. 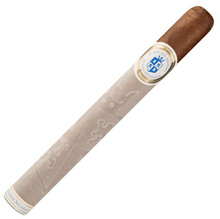 Okay I am done blogging now because it’s time to devour a meatball hoagie, and then settled back in my favorite chair and fire up the gigantic (7.25 × 54) El Rey Del Mundo Reserva Nicaragua Robusto Suprema….  Life is good!

Now, where in the Hell is that goddamn remote?