Established in 1935, the original Montecristo cigars are still being made in Cuba by  Habanos SA, the Cuban state-owned tobacco company.  These magnificent handmade premium cigars were an enormously popular choice among serious cigar enthusiasts the world over for many generations. However, In February of 1962, President John F. Kennedy established a trade embargo against Cuba to sanction Fidel Castro’s communist regime, and the export of this top-of-the-line brand came to an abrupt end in the United States.

Montecristo Classic cigars hold the distinction of being the first non-Cuban Montecristo blend to grace American shores. First introduced in the early  1970s, these top-of-the-line smokes are produced in the Dominican Republic using a Connecticut Shade wrapper over perfectly aged Dominican binder and long filler tobaccos.

For this review, I chose the Montecristo Classic Toro cigar, as I find the popular 6 x 52 size to be the perfect one-hour morning to mid-day smoke. 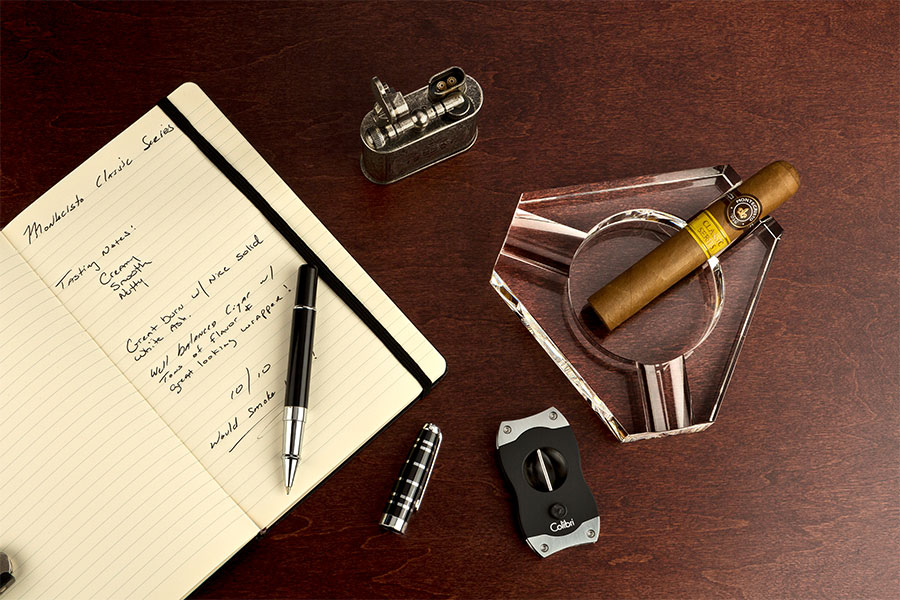 Those familiar with the Cuban version will quickly realize that this isn’t from the forbidden Island 90-miles south of Miami, for it provides a much tamer mellow bodied strength profile. Nevertheless,  these top-rated cigars are highly regarded for retaining the character and old-world craftsmanship that long-time  Montecristo fans have come to love.

A visually stunning cigar, Montecristo Classic Toro displayed a seamless golden-brown wrapper with a nice oily sheen. The construction was a rock-solid with no soft spots and a very firm feel in the hand, yet the cold draw was effortless —  a testimony to its flawless construction.

First light reveals a sharp spicy kick soon joined by earth and wood, that had me thinking I was in for a bolder experience similar in taste to those powerhouse blends that I usually reserve for later in the evening paired with my favorite bourbon or cognac. This powerful three-note combo remained the sole flavors for the first few inches of the smoke. 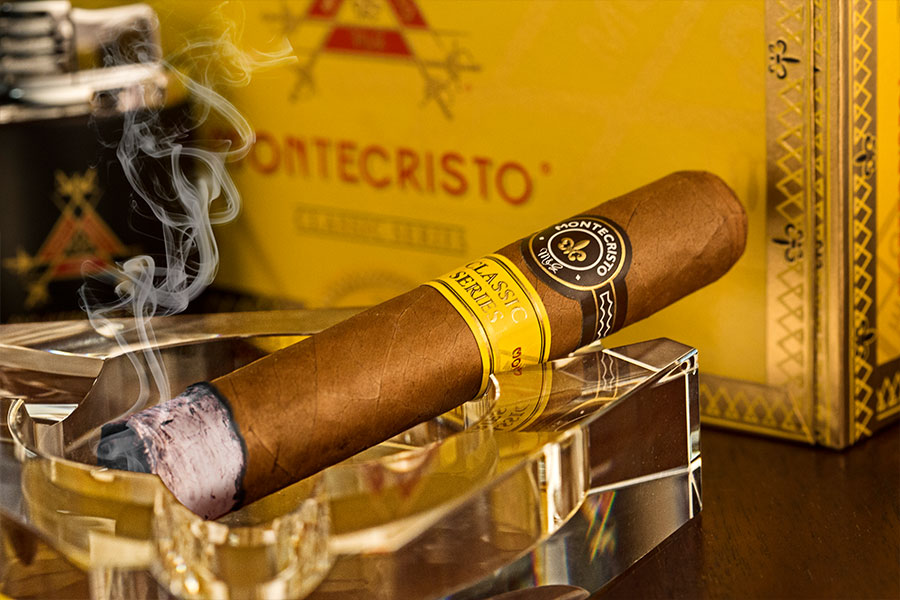 The second third brings a reprieve from the boldness as lush nuances of caramel and cocoa take center stage with spice, wood, and earth still lingering in the background. Up to this point, the cigar is burning incredibly slow and evenly and I find myself mesmerized by the firm white ash while becoming in a deeper state of relaxation courtesy of the sweet vanilla-like aroma.

The home stretch brings all these inviting tasting notes together in a smooth and creamy mellow bodied fashion.  These ever-revolving flavors held my attention right down to the nub,  where no harshness or bitterness made this tasty stick almost impossible to put down. I’m happy to report that the burn remained crisp and even from start to finish with very little touch-up required.