We mentioned the likes of Michael Jordan, Jack Nicholson, and Sylvester Stallone. This time we took it even a step further.

Keeping with that theme of combining pop culture and the cigar industry, we wanted to compile a list of iconic cigar-smoking characters in the film industry.

When you’re the boss of a major American Mafia Crime family, you have a reputation to uphold. The 1999 hit TV Series “The Sopranos”, is regarded as one of the best television shows of all-time.

The larger than life character that runs the show is Tony Soprano. When Tony isn’t at home, with his family, or with his girlfriend in a secluded location, he’s enjoying a much-needed cigar.

Now you may ask “What cigars did Tony and his crew smoke?”. There’s no definitive answer there, but some speculation is they enjoyed smoking infamous Cuban cigars.

There are other rumors that they smoked cigars from CAO as well. Another fun fact regarding CAO cigars is that they manufactured a limited-edition line of full-bodied smokes dedicated to the show.

So, it’s safe to assume they smoked cigars from General Cigars from time to time as well. 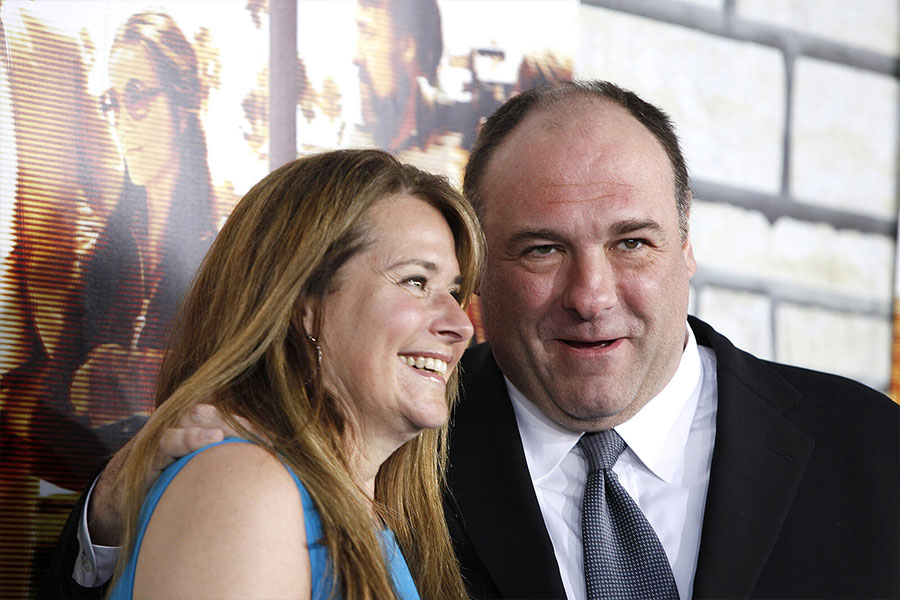 Although Kramer may not fit with the “Alpha Male” persona that fills this list, he enjoyed a stogie from time to time.

Cigars are meant to be smoked to celebrate and relax. For a character whose profession was as mysterious as anything, he sure did enjoy a cigar more than usual.

However, the small victories Kramer did accomplish from time to time; he always had a cigar in hand.

A few memorable moments of Kramer smoking cigars are stitched so clearly in my brain. The first moment I remember him with a cigar was when George’s on again-off again girlfriend Susan gave George Cuban cigars.

George had no interest in smoking them, so he gave them to Kramer. We noticed the cigar box was the Ramon Allones Gigante!

The second memorable moment with Kramer smoking cigars was when he lit his hair on fire in Jerry’s apartment and freaked out.

The third and final moment is when he had Jerry bring Cubans back to New York from Florida. But one thing Kramer got to mention is that they were people, not cigars. Classic Kramer!

We did extensively cover the impact of Winston Churchill on the cigar industry two weeks ago. But we didn’t mention a great movie that showcased one of Churchill’s most triumphant moments under his time as a prime minister.

Gary Oldman’s Oscar-winning performance as Winston Churchill in the 2017 film Darkest Hour was harrowing yet captivated you from his first moments on screen.

While Gary Oldman was on set, he revealed on the Graham Norton Show that he would smoke upwards to 12 cigars a day costing $60.00 while portraying Churchill. The total amount of money spent on the cigars Gary Oldman smoked cost $30,000.

Gary Oldman also noted that smoking that many cigars on set gave him nicotine poising and left him in need of a colonoscopy. That is the price you pay portraying one of the most iconic cigar smokers of all time. 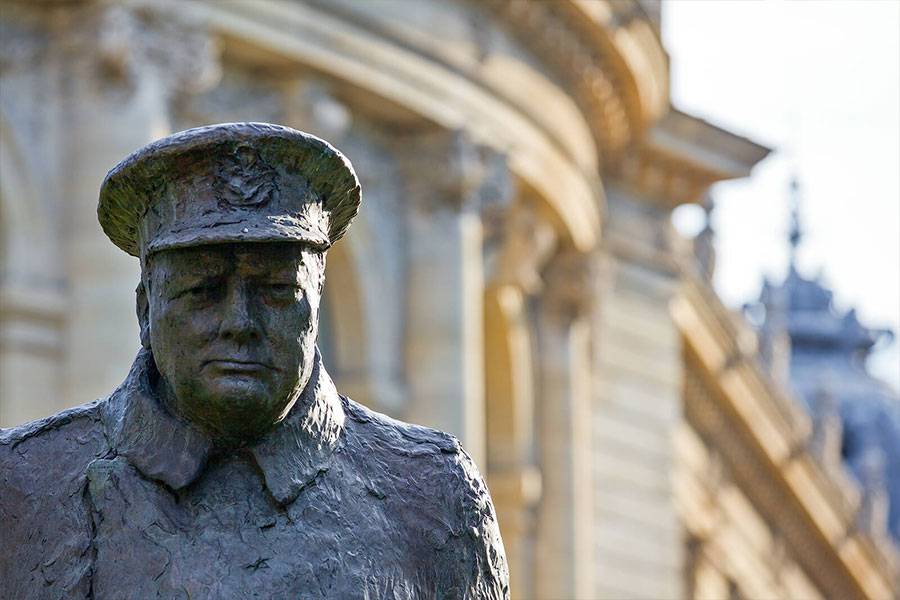 One of the coolest cigar-smoking characters in Film History was portrayed by one of the most iconic action movie stars of our lifetime.

The 1987 Horror/Sci-Fi “Predators” follows Vietnam Vet, Major Alan ‘Dutch Schaefer who leads his comrades in a high intense battle with a Yautja, an extraterrestrial species. While hunting Predator, Dutch always had a cigar in the side of his mouth.

He wanted to constantly smoke on set, even if he wasn’t in the shot, so he could set the mysterious atmosphere the jungle provides.

Cigars can be a symbol of power, and nothing says power like the one and only Tony Montana. Tony Montana is arguably one of the most iconic film characters of all time. Award-winning actor Al Pacino portrays this hot-headed character in the 1983 classic that’s directed by Brian De Palma and written by Oliver Stone.

When you come from nothing and become one of the most notorious drug lords, your ego is at an all-time high.

The feeling of being “King of the World” allows you to relax in the hot tub all while smoking a cigar. Being a Cuban refugee, Tony Montana only smoked Cuban Cigars. There are some theories that Montana also enjoyed a Cohiba Cigar from time to time as well. 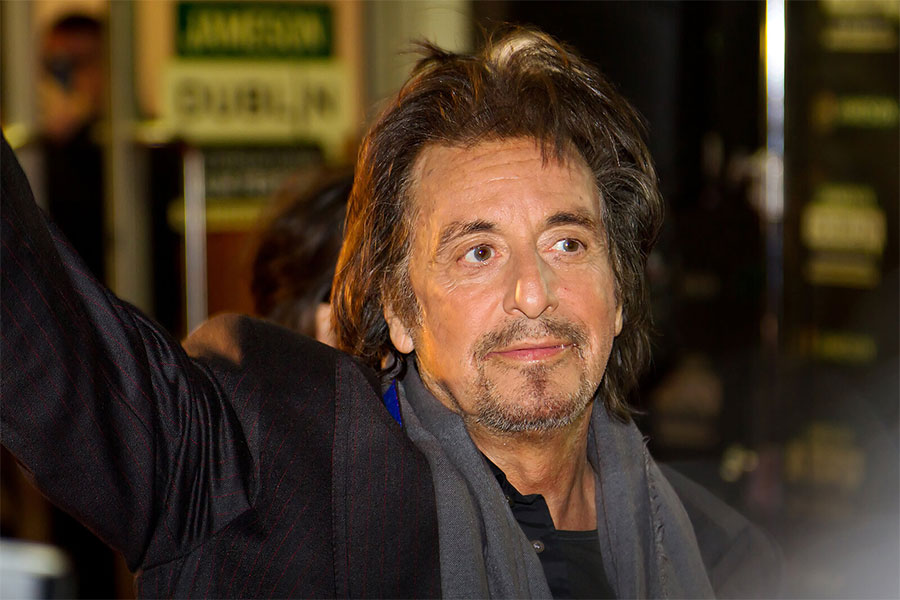 Iconic television character John “Hannibal” Smith from the 1983 “The A-Team” might be one of the first characters to make smoking cigars extremely cool.

The A-Team follows Hannibal, who’s in charge of this four-man wrecking crew that has been framed by the military. John “Hannibal” Smith was a dashing older gentleman who kicked ass in each episode, all while having a stogie in his mouth, grinning ear to ear.

George Peppard smoked a private stock of panatelas from Club 21 in New York in both shows. Peppard mainly smoked cigarettes in his personal life, but the private stock panatelas were his go-to smokes when acting in his iconic roles.

We love Wolverine for many reasons. His retracting claws, healing factor, or the way he walks away so elegantly from explosions.

Another reason some of us may love him, such as myself, is his love for cigars. Whether it be in the comics or the cinematic universe, Wolverine is continuously on the go and saving lives.

So, when you see him smoking a cigar, it’s interesting to see himself enjoying a smoke from time to time.

I’ve always wondered what kind of cigars the oldest Cigar Aficionado smokes. We do see Logan sporting a leather coat almost all the time, so it’d only befitting that the cigars he enjoys have leather flavor notes, as well as vanilla.

There are reports that Wolverine enjoys smoking the medium to full-bodied Cohiba Piramides Extra. I feel like this specific smoke has complex flavors that pair well with Logan’s personality due to him constantly battling his inner demons. 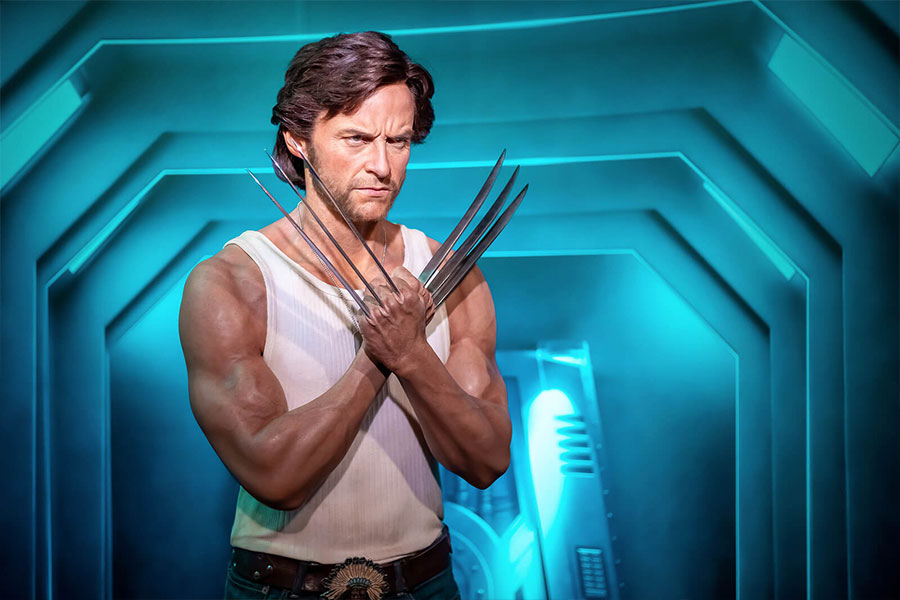 Before Ben Grimm became “The Thing”, he was a tough guy pilot who was a big cigar aficionado.

Once cosmic rays bombarded Grimm’s body, turning him into “The Thing”, a wave of insecurity washed over Ben’s body.

Although he became a superhero, Ben Grimm never gave up his love for smoking cigars. The thing would tend to smoke and enjoy cigars that were way smaller in size.

When The Thing became to be, everyone looked at him and assumed he was dumb as a rock (pun intended). But the cigars that were often smoked by The Thing was the iconic Trinidad Coloniales.

These famous cigars with a pigtail at the head are a smooth, creamy smoke that has hints of coffee, cedar, and earth. These flavor notes had a well-refined balance and complexity, which makes them so near and dear to The Thing’s heart.

The infamous J. Jonah Jameson is the owner, publisher, and executive editor of the Daily Bugle. Jolly Jonah is also extremely obsessed with exposing and twisting the narrative that Spiderman is a vigilante instead of a superhero.

J. Jonah Jameson has an unusual enthusiasm, with an old school look. A flat-top haircut with black hair & graying temples is accompanied with a mustache and a thick cigar propped on the side of his mouth.

Now the type of cigar J. Jonah Jameson smoked isn’t entirely clear, what is clear is that he always seemed to have a Parejo shaped cigar in his mouth as he was denouncing Spiderman to his company.

Even before cigars got extremely popular across the globe, Jolly Jonah’s trademark of having a cigar in his mouth at all times symbolized a sense of power and prestige only the owner of the Daily Bugle could uphold.