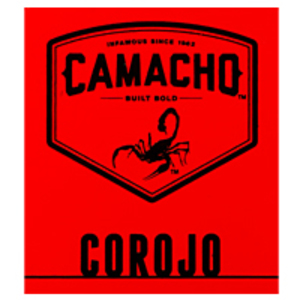 When it first came out, the Camacho Corojo was one of the strongest cigars on the market.  The Camacho Corojo today is still up there in terms of strength, but others have surpassed it going further.  (An example is Aging Room’s Bin #1.) But starting next month, Camacho is going back to its roots, trumpeting the Corojo as “The Original Bold Smoke”.  A part of the re-launch the company is adding two new sizes to the Corojo line…A Corojo Gordo at 6” x 60 and a Corojo Robusto Tubo.  They will be shipping soon.  The Corojo originally came out in 2000.  The first addition to the line was the Diploma that initially was only available to retailers who made the trip down to Camp Camacho.  Since then Camacho added the lighter Connecticut, the Criollo, the Triple Maduro, the Ecuador and more recently the Double Shock and the Blackout.

But the Corojo was always the workhorse of the line.  Corojo was originally developed in Cuba in the 30s and 40s and was so named because this hybrid was grown on the El Corojo farm.  Corojo is a hybrid of Criollo and Sumatran and became a very much in demand wrapper for Cuban cigars.  According to the Camacho release:

Since its development and through the Cuban revolution, the famed Corojo seed thrived and continued to gain global notoriety. It was until 1978, when a widespread devastation of blue mold hit the island, that the story of Original Corojo and tobacco in Cuba begins to take a different course. After the attack of ’78 – ‘79, the Estacion Experimental del Tabaco (San Juan y Martinez) begins to develop disease resistant hybrids, 208 new strains to be exact. However, only two made the cut and are known today as Havana 92 and Havana 2000. With new hybrids in hand, Cuba bid farewell to the famed seed and in 1996 the last crop of Original Corojo touches Cuban soil.

Julio Eiroa and his son Christian (the family that developed the Camacho Corojo) got some of the original seeds and began growing it in the Jamastran Valley of Honduras.  Today Camacho is owned by Davidoff, but still uses that Corojo tobacco.

The new Corojos will retail for $8.50 for the Gordo and $7.25 for the Tubo.  Also Camacho is running a special starting next week…buy a box and get a four pack of the Corojo Robusto free.